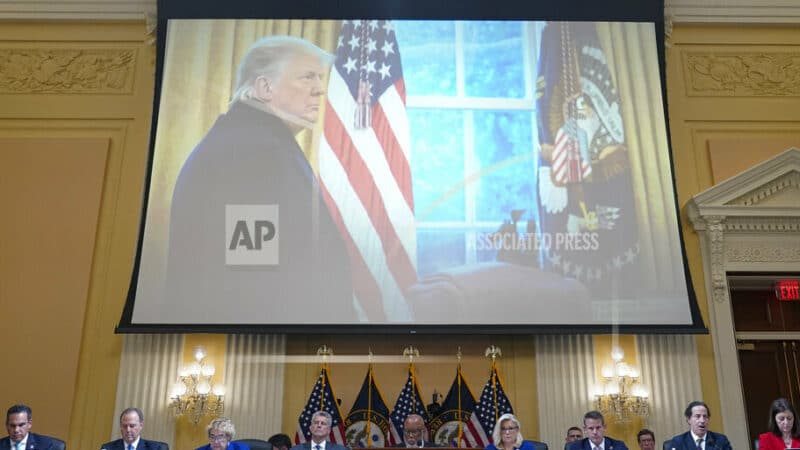 The House select committee investigating the Jan. 6 Capitol riot has subpoenaed former President Donald Trump for testimony under oath and for records, the panel said in a statement.

The subpoena requires Trump to produce the documents by Nov. 4 and to appear for testimony on or about Nov. 14.

The move comes weeks after the Democratic-led panel voted unanimously to subpoena Trump for his role in the Jan. 6 riot.

“As demonstrated in our hearings, we have assembled overwhelming evidence, including from dozens of your former appointees and staff, that you personally orchestrated and oversaw a multi-part effort to overturn the 2020 presidential election and to obstruct the peaceful transition of power,” Rep. Bennie Thompson, D-Miss., the panel’s chair, and Rep. Liz Cheney, R-Wyo., its vice chair, said in a letter to Trump.

The letter underscored a key theme of the Jan. 6 hearings: that Trump tried to overturn the election, though his claims of fraud were false, rejected by the courts and refuted by his own advisers.

“In short, you were at the center of the first and only effort by any U.S. President to overturn an election and obstruct the peaceful transition of power, ultimately culminating in a bloody attack on our own Capitol and on the Congress itself,” they wrote.

“We understand that, once again, flouting norms and appropriate and customary process, the Committee has publicly released a copy of its subpoena. As with any similar matter, we will review and analyze it, and will respond as appropriate to this unprecedented action,” David Warrington, a lawyer for Trump, said in a statement.

After the panel voted Oct. 13 to subpoena him, Trump in a statement called the committee “a total bust.”

“Why didn’t the Unselect Committee ask me to testify months ago? Why did they wait until the very end, the final moments of their last meeting? Because the Committee is a total ‘BUST’ that has only served to further divide our Country which, by the way, is doing very badly – A laughing stock all over the World?” he wrote.