Jan. 6 detainees say a D.C. jail is so awful that they’d like a transfer to Guantanamo 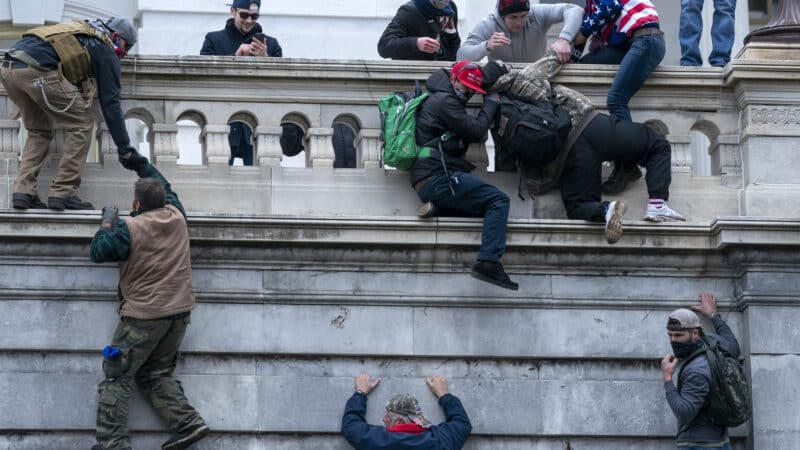 Dozens of individuals held in Washington, D.C.’s jail on charges related to the Jan. 6, 2021 insurrection at the U.S. Capitol have submitted a handwritten letter to a federal court demanding to be moved to Guantanamo Bay. The detainees say they are living in inhumane conditions.

The seven-page letter reviewed by NPR is signed by 34 defendants, and was submitted as part of a response to the government for its denial of alleged Capitol rioter Ryan Nichols’ pretrial release. Nichols is facing multiple charges related to his alleged participation in the insurrection.

The individuals who signed off on the letter include David Dempsey, who allegedly used a chemical spray as well as a crutch and a metal pole to attack police officers guarding the Capitol building, and Ronald Sandlin, who is accused of assaulting police on two separate occasions inside the Capitol.

The detainees list several issues. The conditions allegedly include no religious services or visitations, “black mold” and “worms” on the jail’s walls and in food, abuse by guards, and vaccine requirements for visits and other services. They also say their clothing sent to laundry is returned covered in “brown stains, pubic hair and or reeking of ripe urine.” And they say they’ve lost eyesight and hair because of “malnourishment.

In contrast, the letter says that Guantanamo Bay “actually provides nutritional meals, routine sunlight exposure, top notch medical care, is respectful of religious requirements, has centers for exercise/entertainment for its detainees despite the fact that those residents are malicious terrorists.”

The Department of Corrections for Washington didn’t immediately respond to NPR’s request for comment on the allegations.

In November 2021, the District entered into an agreement with the federal government to improve conditions at the D.C. jail, according to a local report. This followed federal inspections that showed serious issues at the jail and the led to the removal of 400 inmates to another facility.