James Roesener is the first out trans man elected to a U.S. state legislature 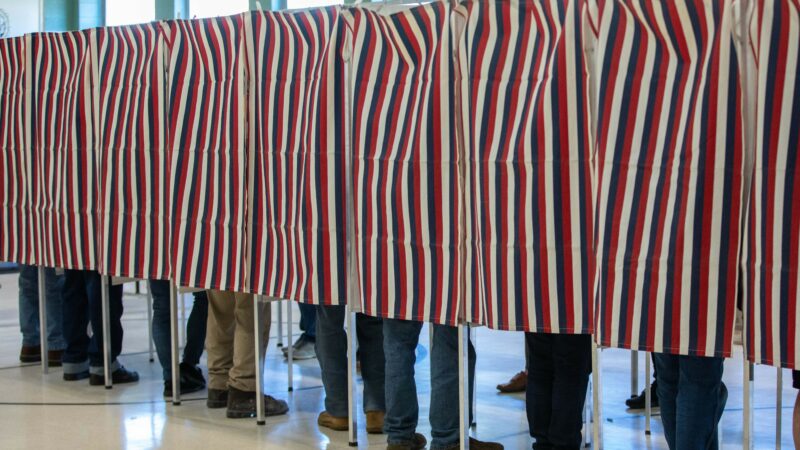 James Roesener has just become the first out trans man to win election to a state legislature in U.S. history, according to the LGBTQ Victory Fund — a political action committee dedicated to increasing the number of openly LGBTQ public officials in the U.S.

Roesener won the race for New Hampshire’s 22nd state House District, Ward 8, the group said. The 26-year-old Democrat, who identifies as bisexual and lives in Concord with his wife and cat, says in his biography that he’s never been afraid to stand up for what he believes in.

“I believe that it is imperative that all individuals have the ability to thrive in New Hampshire,” he writes. “We need a leadership that is invested in defending the freedom all people by taking away barriers to shelter, education, healthcare, voting, and other basic necessities for a quality life.”

Roesener spoke with member station NHPR at a reproductive rights rally in July, after the Supreme Court overturned Roe v. Wade. He said that decision, as well as the wave of anti-LGTBQ legislation sweeping across the country, affects more than just the people who seek abortion and gender-affirming care.

“It criminalizes and reduces access to everyone, for those who utilize contraception, those who need hormone replacement therapy — that is not just transgender people — and those whose well-being relies on medications deemed abortifacients,” he said.

Citing New Hampshire nonprofit Citizens Count, Them reports that Roesener’s opponent, Dennis Soucy, supports “Don’t Say Gay“-style laws and bans on “teaching certain concepts related to race,” and has said that police brutality was “not an issue in New Hampshire.”

Former Houston mayor Annise Parker, the current president & CEO of the Victory Fund, said in a statement that Roesener is prepared to enact legislation that will “deliver lasting results for his community,” from protecting reproductive rights to increasing investment in New Hampshire’s education and healthcare systems.

She praised him for “shattering a lavender ceiling and proving that America is ready for trans men leaders in our state legislatures,” in what she called a win for New Hampshire and for trans people everywhere.

“At a time of intensifying transphobia at all levels of government and society, he showed incredible courage throughout his historic campaign,” she added. “Trans people — and trans men in particular — remain severely underrepresented in government at every level, but we are confident his win will inspire many more trans people to run for office.”

Roesener is not the first openly transgender lawmaker to be elected in New Hampshire. Others include State Reps. Gerri Cannon and Lisa Bunker.

The Victory Fund said in a statement that a record number of trans candidates — more than 1,000 — ran for office in the 2022 midterms.

There currently only eight out trans state legislators in the entire U.S., and none of them are trans men, it says. There are only six out trans men serving in elected office across the country, according to a tracker from the LGBTQ Victory Institute.

Roesener’s win comes five years after Danica Roem became the first openly transgender person elected to and seated in a U.S. state legislature, when she won a seat in Virginia’s House of Delegates. She was reelected to a third term last November.