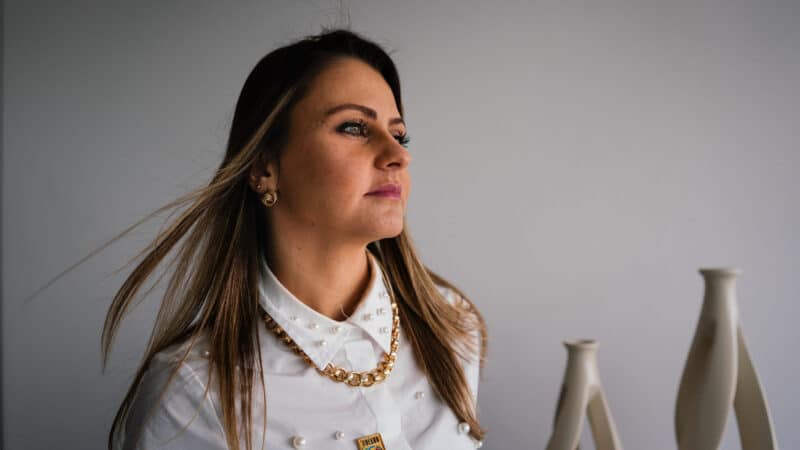 It’s one of the most impressive COVID vaccination campaigns in the world. And it began with a text message out of the blue.

Dr. Gabriela Kucharski had just dropped off her son at his elementary school when her phone pinged. It was a researcher from a nearby university, asking Kucharski – who heads the health department of Brazil’s southwestern city of Toledo – to call back immediately.

The researcher explained that the pharmaceutical company Pfizer was looking to pick a city in Brazil for a study: They wanted to see if you could stop COVID by vaccinating every single person there – in one fell swoop.

“I think, “Oh my God! I am not hearing this!’ ” recalls Kucharski with a laugh.

This was back in May of 2021 — in the thick of the Delta wave. And while the highly effective mRNA vaccines were already plentiful in wealthy countries such as the U.S., in middle income countries such as Brazil vaccines of any type were limited.

Toledo was also still reeling from a giant COVID wave.

“We didn’t have enough hospital beds of intensive care here in Toledo – or anywhere else,” says Kucharski. “Wherever you went, nobody had them.”

Toledo is a prosperous city: It’s a regional center of agribusiness with a fairly small population of 145,000 people. But COVID had overwhelmed it.

Kucharski had been forced to set up makeshift ICU beds. Even those weren’t always enough. She recalls occasions when her staff called to say there was another person they needed to put in intensive care.

“And we didn’t have a place to put this person,” says Kucharski. “And we’d think, ‘My God, What is going to happen? Because we don’t have anything else to do.’ ”

There was no question, she adds, that people were dying as a result. Now, this Pfizer experiment promised literal salvation.

But there was a catch. Toledo was one of eight cities in contention for the study. Pfizer would only choose one. So Kucharski would have to put together a detailed case for why Toledo should be their pick.

In the meantime, says Kucharski, “they told us, ‘You can’t tell anybody.’ Because it was a secret.” As in, she couldn’t even tell the mayor.

When Kucharski reached her office she called in the one person she was allowed to share the news with: her deputy, Dr. Fernando Pedrotti.

Specifically, she needed data. Pedrotti was the team’s statistics expert. At the start of the pandemic he’d set up a system to monitor all sorts of metrics.

“Everything!” he says, pulling out his phone to show the figures, “the suspect cases, the tests, the results, the hospitalizations, the discharges, the deaths, the vaccinations.” Many of these figures, he adds, “were compiled daily.”

Pedrotti and Kucharski hoped this meticulous data tracking would give Toledo an edge over the other cities. Weeks later, at the end of their umpteenth video pitch meeting, a Pfizer staffer let drop that, “Yeah, We’re going to pick Toledo.”

“And we hugged! And we cried!” Kucharski says laughing. “And we said, ‘My God, I can’t believe this – we’re going to vaccinate everybody!’ “

And on this point, it’s worth pointing out a parallel with the United States. Brazil’s president is Jair Bolsonaro. Like his U.S. counterpart during the start of the pandemic — Donald Trump — Bolsonaro had expressed a lot of skepticism about pandemic precautions.

Miguel Lago is executive director of the Institute for Health Policy Studies, a Brazil-based think tank. He notes that Bolsonaro had been especially dismissive of vaccines.

“Bolsonaro has been, since the beginning, promoting this kind of distrust,” says Lago.

This includes the president’s trumpeting the example of a person in a COVID vaccine trial who happened to die by suicide. “As being some kind of proof that the vaccination was a danger for people,” says Lagos.

Bolsonaro also announced that he himself would not be getting vaccinated. It’s still not known if he has. “He never answers completely clearly to that,” says Lago.

Usually, when Bolsonaro takes such a public position on an issue, “his speech shapes the actions and the choices of millions of Brazilian people,” says Lago. “Because he’s very popular.”

Including in Toledo: This city is a Bolsonaro stronghold.

I get a sense of how deep the love runs here when I get a tour from the city’s secretary of economic development, Diego Bonaldo.

When I ask if he’s a Bolsonaro supporter, Bonaldo gives a big smile. “Yes!” he says.

He’s full of praise for Bolsonaro’s economic promises to cut taxes and regulations. While Bonaldo does wish that Bolsonaro wasn’t quite so confrontational, he’s quick to add, “But the radicalization is on both sides.”

And when it comes to the COVID vaccine, Bonaldo doesn’t fault Bolsonaro for questioning it.

.. and why Brazil proved immune

But here is where the parallel between the U.S. and Brazil ends.

Take Bonaldo. When it came to deciding whether he should get the vaccine, all that anti-vax talk from his hero President Bolsonaro didn’t give him a second’s pause.

“No! It had no impact,” he says. “The moment the vaccine was available I took it.”

And Dr. Kucharski says it turned out pretty much everyone else in Toledo felt the same way.

“It was amazing,” she says.

She pulls up a minute-long video montage she had made showing the scenes across the city the morning the Pfizer vaccinations for the study were set to begin.

The video starts with a single strum of a guitar string. Kucharski points to the screen, “Do you see the line?” People are camped out in lawn chairs.

Officials open the doors to a vaccination site, and the crowd starts to enter. The music in the video gets ever faster as dozens, then hundreds of people stream in.

Within six days, almost a third of the city’s population had turned out. Within a month nearly everyone had gotten their first dose. And three months after that – by the start of 2022 – 91% of Toledo residents age 12 and older were fully vaccinated.

The results of the Pfizer study won’t be ready until next year at the earliest. But Kucharski says the impact of the mass vaccination was quickly clear: When the next COVID wave hit, the death rate in Toledo was 10 times lower.

As the video ends, Kucharski starts to dab her eyes. She gives an embarrassed laugh. “I saw this already I think 10 times, and I always cry,” she says. “Because I remember every sick person, and everyone who died, and” – she stifles a sob – “and who we couldn’t vaccinate.”

The sentiment speaks to a difference between Brazil and the United States that may explain why the politicking around vaccines had so much less impact on people in Toledo.

In a wealthy country like the U.S. people can count on being first in line for cutting-edge new vaccines. In Brazil procuring all sorts of vaccines has been a decades long struggle.

As Miguel Lago puts it, “Since the 1970s, people are – what they dream about is getting vaccines.”

So people simply value vaccines too much to put stock in doubt-mongering.

For many Brazilians the danger of going without vaccines also feels more immediate: In Brazil people are much more likely to get serious infectious diseases like dengue and yellow fever, whereas in the U.S. the threat from viruses can feel more abstract.

A ‘culture’ of vaccination

Lago says this pro-vaccine attitude has also been cemented by a third distinguishing feature of Brazil: It’s got universal health care — a network of free neighborhood clinics where, since childhood people have been getting free, routine vaccinations year after year

“It’s more integrated into our daily lives,” says Lago. “So I think this has shaped a culture around vaccination that is important.”

That’s not to say Lago and other health advocates think Brazil is completely shielded from the kind of vaccine hesitancy that has afflicted other countries. Just in the last several years, notes Lago, there’s been a decline in the share of Brazilians getting routine vaccinations, most notably against measles.

It’s likely due to some combination of reduced funding for public clinics combined with the rise in anti-vaccine messaging, particularly around children, says Lago. “And that’s something we should be worried about.”

Still, because Brazil’s vaccination rates have historically been so high, even with this softening they remain at levels that would be the envy of many nations. And when it came to COVID vaccines, the enthusiasm seen in Toledo was repeated across the country as soon as the rest of Brazil got enough doses. Today 95% of Brazilians aged 12 and older are fully vaccinated — compared to 76% of Americans in the same age group.

Meanwhile, in Toledo, the public clinics helped the city keep up the momentum as it rolled out boosters, and in the past several months as it has started expanding vaccination to kids under age 12. More than half have now gotten their first shot — compared to a third of younger kids in the U.S.

The public buy-in is palpable on a recent morning at a Toledo clinic where 11-year-old Gustavo Correia is burying his face in his mother’s shoulder while a nurse presses a needle into his arm.

His mother chuckles. “He’s the one who insisted that we come in,” she says.

He nods seriously. “I was afraid of getting COVID again,” he says.

When he got it last year he infected the whole family — including his dad, who is a bricklayer and had to miss almost a month of work.