Here are the candidates for the next U.K. leader. Yes, Boris Johnson is one of them 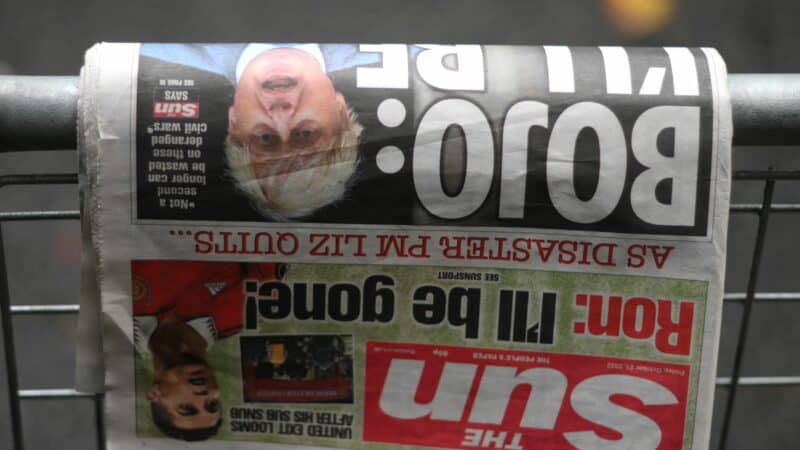 LONDON — Following the resignation of Liz Truss as Britain’s fourth prime minister in a little over six years, her Conservative party — in power since 2010 — is racing to select a replacement.

Candidates have until this coming Monday to put their name forward, but party officials have announced that in order to be considered they will have to show they have the backing of 100 Conservative members of Parliament — around a third of the party’s legislators in the lower chamber of Britain’s parliament, the House of Commons.

At most, this means there can only be three contenders for the first round of voting to decide the new party leader — and de-facto prime minister. That is designed to avoid a repeat of the earlier selection process this summer that ended with Liz Truss as the victor. It saw a large field of early candidates winnowed down to two, who then campaigned across Britain over the course of two months in a drawn-out contest that created a political vacuum and drew criticism at a time of a growing crisis for many Britons, who were struggling with soaring living costs.

This week, after the second resignation of a Conservative prime minister in just four months, leaders of Britain’s major opposition parties are demanding a general election instead, and calling the new selection process a Conservative “coronation.” While no candidates announced their interest immediately, here is a list of some possible replacements for Truss in No. 10 Downing Street.

Though he announced his resignation in a swirl of scandals just this past July and faces a parliamentary investigation into his behavior involving public statements about social gatherings in Downing Street during his time as prime minister, Johnson retains supporters inside the parliamentary party and among ordinary grassroots members.

He stepped down under a tidal wave of pressure when dozens of members of his own government resigned their roles as ministers and junior ministers. They were angry with months of scandal involving breaches of lockdown among his staff – though he himself was also penalized by police — and for questions about his honesty and judgment after placing a man accused of sexual assault into a senior government role.

He won a significant majority for his party during the 2019 general election, and his supporters contend that he is therefore the only real figure inside the Conservative party who can claim to have a mandate from the British people. Some critics have said they will leave the party if he returns.

And although Johnson was unwilling to leave Downing Street earlier this year, there has been little public indication that he wishes to take up once more what many will consider a poisoned chalice, given the country’s obvious economic and political challenges.

Mordaunt was a well-supported third-place runner-up in the contest this summer to replace Boris Johnson, but eventually endorsed Truss.

She appeared in the prime minister’s place earlier this week in parliament to answer pointed questions from the political opposition parties, and to the amusement of many insisted that Truss was not “hiding under a desk.”

Under Truss she served in a cabinet position as Leader of the House of Commons, essentially responsible for overseeing government business in the country’s lower chamber, and with another largely honorary role, Lord President of the Privy Council, she also oversaw a ceremony that approved King Charles’ legal accession to the British throne following his mother’s death.

Mordaunt had served as a naval reservist and several years ago became the first woman to serve as the country’s defense minister. Her possible candidacy has already received several public endorsements from other legislators.

Sunak was Boris Johnson’s high-profile and largely popular finance minister during the pandemic, but lost out to Truss in the race to replace him. He secured far more votes from Conservative legislators but did not command the same level of support from the grassroots party members who ultimately decided the contest in her favor.

Considered more of a centrist and pragmatic politician than Truss, he repeatedly warned that her policy proposals around tax cuts and spending would leave a hole in the country’s finances, and his statements to that effect were largely vindicated when financial markets reacted so negatively to Truss’ tax cuts announcements last month.

Having only been elected as a member of parliament in 2015, after a career in banking and hedge funds, his political rise to become finance minister by 2020 was meteoric. In that role he took unprecedented action to support Britain’s economy during the pandemic, with months-long programs to replace workers’ wages and incentivize consumer spending.

Lke Johnson, he received a financial penalty from police for breaching the country’s COVID-19 social distancing rules, and he faced criticism after details of his very wealthy wife’s international tax affairs were published in the British media.

Braverman served as the attorney general under Johnson and was then elevated to the role of interior minister — known in the U.K. as home secretary — under Liz Truss’ premiership.

That left her responsible for police, the criminal justice system and immigration, and had already earned a hard-line reputation as a hawk on immigration. She publicly promised to reduce migration to the U.K. in recent weeks and advocated vociferously for a controversial policy that would send asylum-seekers arriving in Britain to the African nation of Rwanda for their claims to be processed there.

She resigned earlier this week, ostensibly for having sent a sensitive, but not secret document, from a personal email account, but in her public resignation letter, she seemed to sharply criticize Truss for not engaging in “serious politics” and for failing to acknowledge and then take responsibility for her government’s mistakes, including the tax and spending proposals that had roiled financial markets in recent weeks.

She served as a lawyer before entering parliament and was among the staunchest supporters of Brexit. She too stood to replace Johnson in the leadership contest earlier this year, but was voted out in an early round by her fellow members of parliament.