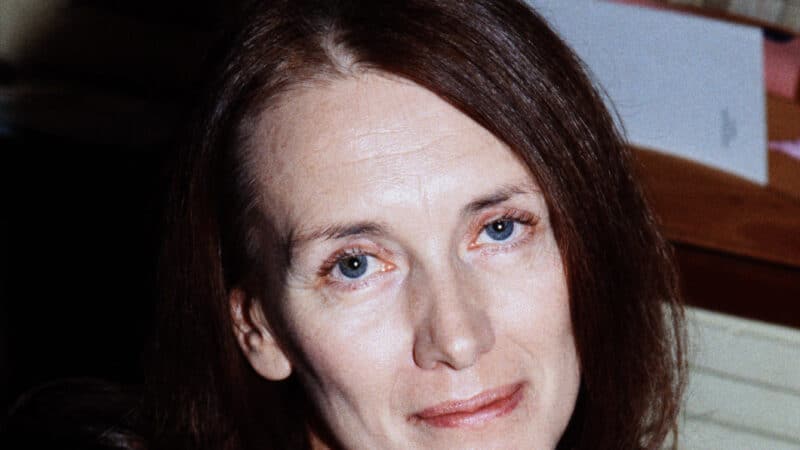 The French writer Annie Ernaux has been awarded the 2022 Nobel Prize in literature. The 82-year-old writer is known for works that blur the line between memoir and fiction.

In making the announcement, the committee noted the “clinical acuity with which she uncovers the roots, estrangements and collective restraints of personal memory.” The permanent secretary also noted during his announcement that they had not been able to reach Ernaux to let her know of the win.

Ernaux was born in 1940 in France. Her first book, Cleaned Out, in 1974, was an autobiographical novel about obtaining an abortion when it was still illegal in France. She wrote the book in secret. “My husband had made fun of me after my first manuscript,” she told the New York Times in 2020. “I pretended to work on a Ph.D. thesis to have time alone.”

The book was translated into English in 1990.

At the press conference for the announcement, Anders Olsson, the chair of the Nobel committee for literature, was asked if there was a political sentiment behind giving the award to someone who has written so personally about abortion. Olsson rebuffed, saying the committee focuses on literature and literary quality. That said, “it’s very important for us also, that the laureate has universal consequence in her work. That it can reach everyone.”

After decades of excavating her own past in various works, Ernaux published The Years, which many critics saw as the her defining statement. First published in 2008, The Years was an expansive look at the society that created her. While it was an examination of each year of her life from 1940 – 2006, Ernaux avoided any use of the pronoun “I” in favor of a broader “we,” or sometimes “she.”

In reviewing the 2018 English translation of The Years for the LA Review of Books, writer Azarin Sadegh compared reading it to digging through old family photos.

“For the reader, the images of the past reveal themselves in broken shapes and forms with holes all over,” Sadegh writes. “You leaf through this pile of images and texts and feel immersed in the past. The years have come and gone, and most of the moments lived — captured only in photos and partially in memory— have vanished.”

In 2020, her book A Girl’s Story was translated into English. It recalled her early teenage sexual experiences and excavated the shame of it all just ahead of the sexual revolution.

Erneaux has another book being translated into English, due in 2023, titled Look at the Lights, My Love. According to the book’s press release, it’s a “meditation on the phenomenon of the big-box super store.” Of course, through the lens of Ernaux’s own memory.