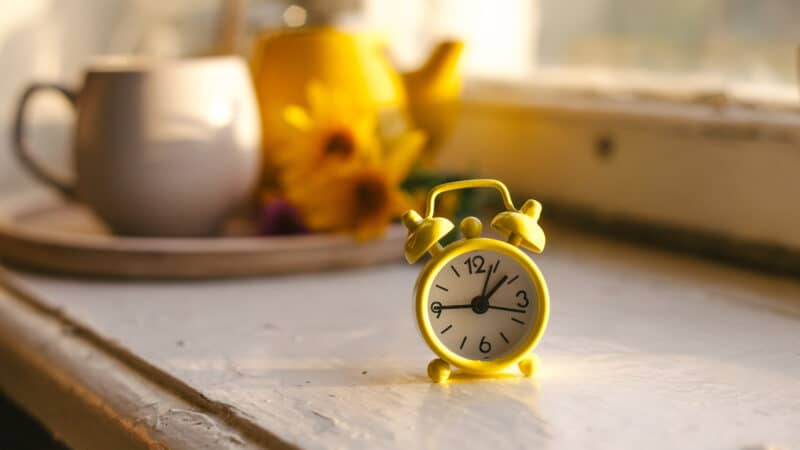 Millions of Americans want to abandon the time change we endure twice each year, disrupting our circadian rhythms and creating confusion. More than a third of U.S. states now back a permanent shift to daylight saving time. If that happens, it would be a final victory for a plan that businesses have praised for more than 100 years.

Daylight saving time is a moneymaker

When daylight saving was extended into early November 15 years ago, many saw the U.S. candy industry as a winner, since the extra hour of daylight could drive sales of more Halloween treats.

But support among businesses ran much deeper than that, according to time-change expert Michael Downing, a professor at Tufts University who wrote Spring Forward: The Annual Madness of Daylight Saving Time.

“What we don’t tend to know as Americans is that the biggest lobby on behalf of daylight saving since 1915 in this country — and to this very day — is the Chamber of Commerce,” Downing, who died earlier this year, said in a 2015 video about daylight saving.

“They understood something very early on: If you give workers daylight, when they leave their jobs, they are much more apt to stop and shop on their way home.”

One of the earliest prominent backers of daylight saving was Abraham Lincoln Filene (of Filene’s Department Stores), who was a driving force behind the movement during World War I. Other supporters included the gardening industry, as well as pro baseball and tennis, according to historian Mike O’Malley of George Mason University.

When Congress held hearings on extending DST in the mid-1980s, officials from the golf industry said an “additional month of daylight saving was worth $200 million in additional sales of golf clubs and greens fees,” Downing told NPR in 2007. “The barbecue industry said it was worth $100 million.”

19 states say we should all just spring forward

“In the last five years, 19 states have enacted legislation or passed resolutions to provide for year-round daylight saving time, if Congress were to allow such a change,” according to the National Conference of State Legislatures.

Momentum seems to be building: Between 2015 and 2019, 29 states introduced legislation to abolish resetting the clocks, according to the Department of Transportation, which is in charge of time zones and daylight saving.

States backing the change range from Florida to Washington. Some states have said they would link a potential switch to decisions on DST by their closest neighbors, hoping to minimize disruptions in regions such as the Midwest and New England.

None of those states can act without an act of Congress — and Sen. Marco Rubio, R-Fla., has repeatedly introduced legislation to do that. His Sunshine Protection Act passed through the Senate, but is still awaiting House approval.

U.S. territories such as Puerto Rico, the U.S. Virgin Islands, American Samoa and Guam do not currently observe daylight saving.

“Standard time” is in effect for only a shrinking portion of the year, with daylight saving time having controlled the clock for 34 weeks — roughly eight months — in 2022. That’s a far cry from the original law, which divided the year in half.

Lawmakers have steadily extended the summertime schedule in recent decades. The first big shift came in 1986, when the start of daylight saving shifted earlier, from the last Sunday in April to the first.

Then in 2005, Congress moved the start date one month earlier in the spring and pushed it one week later in the fall. The longer time frame took effect in 2007.

Those changes all followed the establishment of daylight saving time in 1966, when Congress passed the very sci fi-sounding Uniform Time Act. Until then, the U.S. had mainly dabbled with daylight saving during World War I and World War II.

For decades, shifting the clocks during the months that have the most sunlight was promoted as a way to save energy. Indeed, the most recent expansion of DST came via an energy bill that Congress passed in 2005.

In the late 1700s, Benjamin Franklin was a prominent supporter of daylight saving time. He “calculated that the city of Paris could save millions of pounds of candlewax every year if residents woke up early in the morning and went to bed early at night,” according to the House of Representatives’ history blog.

We should note that despite inspiring Franklin’s idea, Paris, aka the City of Light, doesn’t seem to have embraced it.

Critics say there’s a flaw in the idea that America will save energy if people don’t use their lights as much: We now have many more ways to consume energy, including running air conditioners and TV sets at home. We also consume more gas while we drive around to enjoy that bonus hour, according to Downing.

“Daylight saving is a loser as an energy plan, but it’s a fantastic retail spending plan,” he said in his video on the issue.

Still, even Downing recognized that daylight saving is a huge hit: “I don’t think it’s ever going away,” he said.

Correction: October 31, 2021
A previous version of this story incorrectly stated that the Navajo Nation does not observe daylight saving time. In fact, it does.