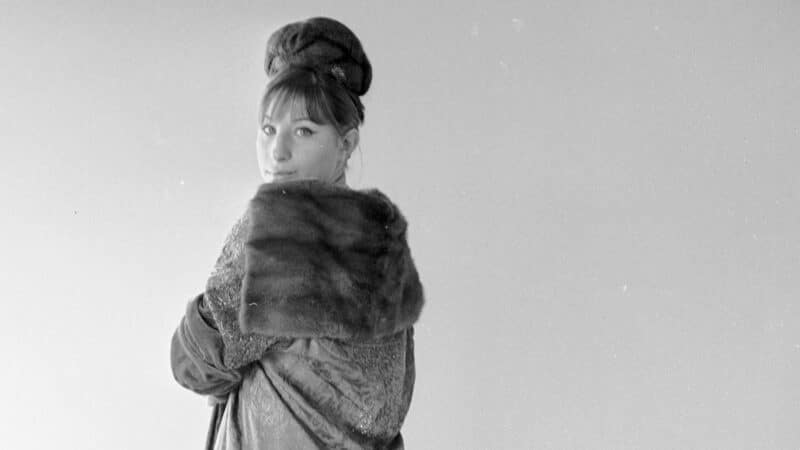 Barbra Streisand was just 18 years old in 1960, the year that she started singing at a club in Manhattan called The Bon Soir. Recordings of her made there just a couple of years later were supposed to comprise her debut album; in the end, they were shelved in favor of studio recordings, an environment she says she prefers anyways.

Now, 60 years after Streisand’s unbridled performance there, we get to hear the exceptional young talent in a remastered collection of those 22 songs (and two interstitial tracks) titled Live at the Bon Soir.

“I remember, it was the first time I felt the warmth of a spotlight,” Streisand recalls in a conversation with Morning Edition‘s Rachel Martin. Singing though, she explains, was secondary to her acting ambitions. “I did it to pay the rent.”

This interview has been edited and condensed. To hear the broadcast version of this conversation, use the audio player at the top of this page.

Rachel Martin, Morning Edition: The rendition of “Cry Me a River” on this album – you brought things I’ve never felt or heard in that song before.

Barbra Streisand: Well because you heard anger. In other words, there was an exercise I learned in acting class about creating a face of someone that you had certain feelings for. So the exercise, at the beginning of the song, was creating this person’s face in my mind, so it was very specific. Like, now this person comes back in my life and says “I made a mistake and we never should have broken up,” well, you know, screw you! That’s what I decided to use, and that turned into my rendition of “Cry Me a River.”

So… where does the confidence to be that person come from?

She kept saying to me: “Well you’ll get a nice job, you’ll work in the school system.” My father was a teacher, you get summers off, you get Christmas off. It’s a great job!

But here’s what I don’t understand: You’re channeling your theater skills, you have all of this confidence, despite the fact that your mom sort of didn’t believe that you could do this. How does that make sense with your lifelong aversion to performing publicly?

That’s interesting, isn’t it? I don’t want to get nervous! I get nervous being judged – I didn’t have that when I was young and trying to prove that I could be somebody. And then all of a sudden it becomes now you’re being judged, you know, if you get older and your voice is not as pure or this and that. And I thought, maybe I was just proving something to myself. That I could be somebody.

How many times do you think you’ve sung “Happy Days Are Here Again”?

Oh god, I never counted. It was written for President Roosevelt as his campaign song – “Happy days / are here / again.” You know, fast song. Because I’m an actress, because I read the words of a play [or a] character, the song I thought would be interesting [if it was made] ironic. Especially in bad election years, you know what I mean. [Laughs]

Do you think that is why your version has such staying power? The juxtaposition between the light and the dark?

Yeah, I do think so – because it was based on my true thoughts about what’s happening in the world. If everything was great, maybe I would sing it fast one day. [Laughs]

What is your relationship to performing these days? Or just singing, does singing bring you joy still?

Singing brings me joy when I can – well when I sing with my granddaughter … she knows all the songs from Frozen.

Barbra, you could crush “Let It Go.” [Laughs] Are you pleased with how everything turned out? When you think about that version of you singing?

I have much gratitude. It’s so astounding, how we become a being, alive in this world to do what we can to make it a better place. [There is] a Jewish philosophy, called tikkun olam, it means to “repair the world.” In other words, we are indoctrinated with that purpose in life, to make the world a better place. I like repairing the world, if I can. In any small way I can.