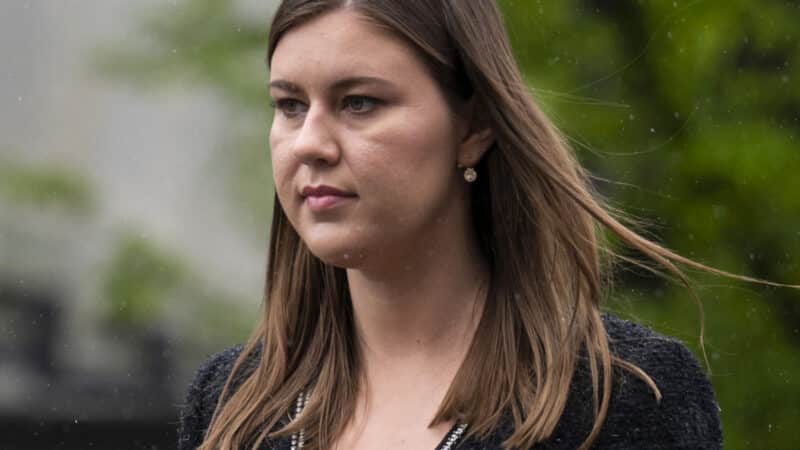 The high-profile trial of a former Australian parliamentary staffer accused of raping his colleague ended abruptly on Thursday (local time) — and without a verdict — after the judge said a juror consulted outside research against her instructions.

The BBC reported that court officials in Canberra, Australia’s capital city, discovered an academic study left behind by a member of the jury during a “routine tidying” of the jury room.

Chief Justice Lucy MacCallum, who repeatedly warned jurors not to pay attention to media reports and public discourse on the trial, said the possibility of undue influence was “not a risk I can take.” She dismissed the jury after five days of deliberation and 12 days of hearing evidence.

A retrial date has been tentatively scheduled for February.

Defendant Bruce Lehrmann has consistently denied allegations that he raped Brittany Higgins on a minister’s sofa after a night out drinking in 2019.

Higgins went public with the allegations in 2021, sparking a wave of accusations, investigations and protests, amounting to what’s been labeled Australia’s #MeToo movement.

The trial has given the Australian public the rare opportunity to see inside a sexual assault trial, an institution typically shrouded in secrecy to protect identities.

Media coverage on the case detailed days of witness testimony, including two senators who denied there was any political motivation to initially keep Higgin’s accusations from the public.

Higgins sat for several days of cross-examination, in which defense lawyers suggested she didn’t fully remember the details of what happened.

Speaking tearfully outside the court, Higgins described the criminal justice system as “asymmetrical.”

“My life has been publicly scrutinized, open for the world to see,” she said. “He was afforded the option of staying silent in court, head down in a notebook, completely detached. He never faced one question in court.”

Lehrmann’s legal team said in a statement they had brought Higgins’ remarks to the attention of the Australian Federal Police as a potential contempt of court violation.

Court challenges are the next phase of Australia’s #MeToo movement

Michelle Arrow, who students politics, gender and history at Macquarie University said the Higgins case was being watched as the first major criminal trial since the #MeToo movement ignited in the country.

A handful of #MeToo allegations made publicly in 2018 were litigated in the civil court system via defamation lawsuits, which put a steep burden of proof on the person making the accusations of misconduct. One such allegation led to a record-setting $2 million reward for the actor Geoffrey Rush.

“The [defamation laws] have become an instrument for those who have the time and means to pursue legal proceedings,” Arrow told NPR earlier this month.

“With the Higgins trial, it’ll be interesting to see if the criminal law can be a means for some women to achieve justice.”

If the retrial moves ahead in February, it will mark two years since Higgins first went public with her allegations.