Control of the House is still up in the air. Here’s where things stand 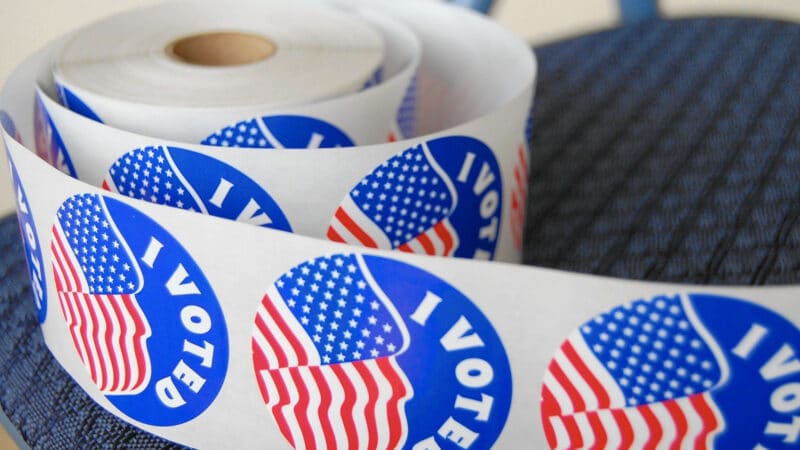 Republicans are still on track for a narrow majority in the House, but there is a not-zero chance that Democrats retain the majority.

There are still 19 uncalled races, all except two are in the West, with millions of votes left to count in California. California traditionally takes a long time to count mail-in ballots, and this is commonplace for every recent election as it relates to House races. So it could still be days until control of the House is sorted.

Here is Democrats’ longer-shot path to a majority:

Democrats would need to see shifts in four races from Republican to Democrat. The most likely suspects to watch:

Others have slightly larger Republican leads at this point or have more vote in: CA-45, CA-27, NY-22, CO-3. CO-3 is the seat held by Rep. Lauren Boebert. She’s up only 1,110 votes, but 99% of the vote is in, and she had been down, so things look like they’re trending in her direction. But we will continue to monitor closely.

Republicans flipped OR-5 after an Associated Press call Sunday night. That was a seat previously held by Democratic Rep. Kurt Schrader, who was ousted in a primary earlier this year by a more progressive challenger. Schrader, a centrist, had President Biden’s endorsement, and party leaders believed the seven-term congressman had a stronger chance of holding the seat.

The incoming Republican is Lori Chavez-DeRemer, former mayor of the town of Happy Valley, Ore. She would be the first Latina to serve in Congress from Oregon. Another Latina, Democrat Andrea Salinas, is also locked in a tight battle for OR-6.

Not many more results are expected Sunday, though there could be a few more counts that trickle in from a small number of California districts.

(More below on the House and Senate.)

To see just how close races are, check out our graphic that shows the margins in each of the remaining uncalled House races.

Sending a message: Democrats picked up a seat in the 3rd congressional district in Washington state, a district that had been held by a Republican, Jamie Herrera Beutler. But she voted for former President Trump’s impeachment and was ousted by the right in the primary. There’s an irony in the fact that she was ousted because she voted to impeach Trump and, now, a Democrat has taken over that seat. It’s indicative of the broader message in this election.

One of the other races with a razor-thin margin is Rep. Lauren Boebert’s seat. The conservative lightning rod had been trailing in this right-leaning district on Election Night, but is now up by just over 1,000 votes. The race appears to be trending in her direction. But it’s a result that is far closer than what was expected.

Note: Please keep in mind that these numbers are fluid and will change as votes continue to roll in. See the latest results here.

(The two independents caucus with the Democrats.)

With their wins the last two days in Arizona and Nevada, as well as their flip of the Pennsylvania seat, Democrats will retain the Senate.

It’s a remarkable accomplishment for Democrats with a president whose approval rating has been below 50% for more than a year.

But base energy over the issue of abortion and a slew of Trump-backed candidates, who failed in purple states, proved to thwart a potential Republican Senate takeover.

Alaska: This has been added to the Republican total even though the race is not settled yet, because both leading candidates are Republicans, so this will stay in GOP hands. The question is at this point: which Republican. Incumbent Lisa Murkowski (R) trails Kelly Tshibaka (R) by less than 2 percentage points, or just under 3,000 votes, with 80% in. If neither candidate gets above 50%, this goes to a ranked-choice re-tabulation Nov. 23. Murkowski would likely be favored to win that.

Georgia: Incumbent Raphael Warnock (D) and Republican challenger Herschel Walker (R) are headed to a runoff because neither surpassed 50% on the ballot. Warnock missed the threshold by just under 23,000 votes. Democrats have the chance to expand their Senate majority with a win there.

What happened since Friday

Nevada: Democratic incumbent Catherine Cortez Masto took the lead after a batch of votes Saturday night were reported in Clark County. Shortly thereafter, she was declared the winner, clinching Senate control for Democrats. There is still vote to count in Nevada, which we will monitor, including 15,000 provisional votes from Clark County, which could also help Cortez Masto extend her lead.

Arizona: Democratic incumbent Mark Kelly’s lead expanded by about 8,000 votes with the Friday night batch of about 80,000 votes out of Maricopa County. The race was called in his favor quickly after that, though vote counting continues there, and there is a closely watched governor’s race, where Democrat Katie Hobbs currently leads Trump-backed Kari Lake, who has made unfounded allegations of fraud in the election.