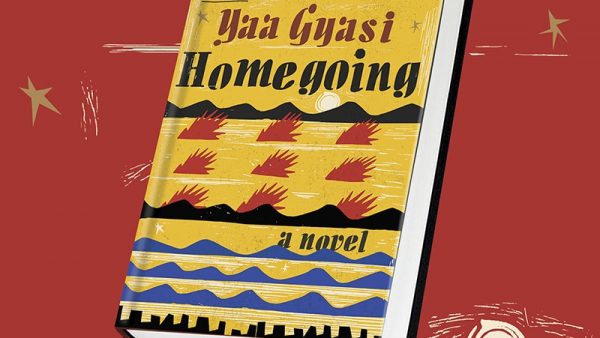 Yaa Gyasi’s highly anticipated debut novel, Homegoing, follows two branches of a family tree as it grows over three centuries. Half-sisters Effia and Esi were born in different villages in 18th-century Ghana. Effia is married off to an Englishman (though the British soldiers call their local women “wenches” instead of wives) and she goes to live in the regal comfort of the Cape Coast Castle, which is also used to hold slaves before they were sent across the Atlantic. Her sister Esi winds up right below her, imprisoned in the cruel squalor of the castle’s dungeon, and is sold into slavery in America.

Homegoing follows each family line from Ghana to America, then through the Civil War, the coal mines of Alabama and the jazz clubs of Harlem to the present day.

Gyasi, 26, was born in Ghana but grew up in Huntsville, Ala. She tells NPR’s Scott Simon, “Had I not grown up in Alabama, I don’t know that I would have ever written this book.”

Courtesy of the author.

First-time novelist Yaa Gyasi says she was a voracious reader growing up, and “never turned down a trip to the library.”

On how her connection to Ghana and Alabama informed the book

Huntsville is actually a great city to grow up in, as far as Alabama goes — NASA is there, and it’s got a university. And the old fun fact about it used to be that it had the most Ph.D.s per capita of any American city. I don’t know if that still holds true, but there’s a lot happening there.

And then, you know, you drive 20 minutes out in any direction and Alabama is Alabama. And so I think I was kind of constantly interacting, I guess, with really what the legacy of slavery is. You know, coming from a country, Ghana, that had a role in slavery, and then ending up in a place where slavery is still so strongly felt institutionally, as racism is still so strongly felt. The irony of that wasn’t lost on me. And I think, had I not grown up in Alabama, I don’t know that I would have ever written this book.

On recreating life in 18th-century Ghana

I did a lot of research for this novel. I like to say that my research was wide but shallow: I read a little bit of a lot of books. And a book that really helped me was The Door of No Return by William St. Clair. He took a bunch of archival research about the Cape Coast Castle, so it’s a book that really just talks about what life might have been like in the castle in and around the 18th century. And it really helped me wrap my head around what it might have been like for my characters. And then the rest I think is just a wild and vivid imagination.

The conversation around slavery is much different here than it is in Ghana. So I think I was a little bit more aware of it — or aware, I suppose, of the result of it — than the people living on the coast of West Africa who didn’t get to see, you know, what the result of the slave trade was. And yet they have this huge monument in Ghana to slavery — this Cape Coast Castle that still stands, that you can still take tours in. I wanted to talk about the Ghanaian role in it, the complicity on our side of things.

On how slavery cut off many African-American family trees

I think one of the huge tragedies of slavery is just the fact that family lines got completely cut off. There are so many characters in this book that, were I to follow them, the story would have been completely different. And the fact that they never get to know their siblings, their parents — they’re just completely cut off from certain sides of their family — I think is deeply, deeply sad. And beyond that, just the fact that most African-Americans don’t know exactly where on the continent they came from, so they can’t tie themselves back to an ethnic group, a country.

On the writers who have left a lasting impression on her

In middle school I was really, really into Victorian literature. I loved [Charles] Dickens, also George Eliot was huge for me — Middlemarch was one of my favorite books. And then age 17 was when I read Song of Solomon by Toni Morrison, and that really just felt like a light switch going off. It was the first time I’d ever been assigned a book by a black woman in my entire educational career. And it really struck me — the fact that I could tell stories about people who looked like me. That was really a turning point in my life, and so she’s been a huge influence.

And then later in college I started to read [Chinua] Achebe and James Baldwin and Edward P. Jones and Jhumpa Lahiri — so many authors who have had a lasting impression on me.