StoryCorps: “I am completely safe with you.” 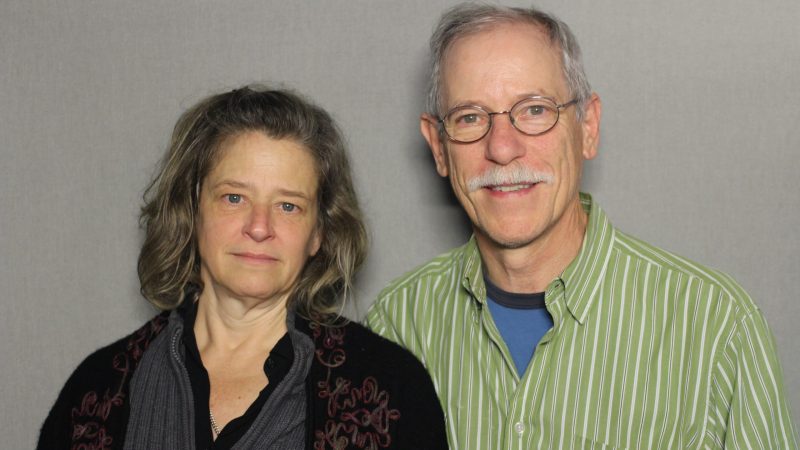 StoryCorps is an oral history project that records the life stories of people from all backgrounds and beliefs. Each year the StoryCorps MobileBooth visits cities and towns across the country to record the stories of the people who live there. They came to Birmingham in 2019.

Ginger Wyatt and Winston Lancaster started dating in 1984. She was a student at the University of Alabama at Birmingham, he worked at the now-defunct Red Mountain Museum. When Winston moved to Idaho for research work, Ginger visited a few times, however, the relationship didn’t last. They had no communication for almost 30 years, until 2012, when Ginger decided to look for Winston. She recalls the early days of their relationship in this StoryCorps interview.

Ginger Wyatt (GW): I remember the first time we were together; we were very different. But we were still drawn to each other then.

GW: I was studying modern dance and being an artist, and I just think we were so far apart in our interests.

WL: I just had this attitude that anything that people did or made was really irrelevant and that the only thing that was valid, is what existed in the world outside humans. I was at that time so very selfishly focused on what I thought was going to be some great scientific career. Have you ever thought about what your life might have been like if you’d made a different decision than what you did?

GW: Well, of course. I mean, everybody does. I think we were both so immature.

WL: Yeah. What was the day like for you, when you contacted me?

GW: I typed up an e-mail. I looked you up online and sure enough, you know, you were teaching in Sacramento. And, I saw the picture of you. And I just thought, you know, obviously, we were both 30 years older … but you still looked like that science boy. Yeah, and it took me a little while to send it, maybe a few days. And then you didn’t reply for a day or two.

WL: I knew without question that I was going to respond, but it was just…

WL: It was a shock. And when I saw your name pop up on the email line. I knew instantaneously, it was no ambiguity whatsoever as to who it was from.

WL: Because I thought about you a lot of those times. I always kept the drawing that you did, of me.

GW: And that we now have hanging in our bedroom.

WL: After a few weeks of email exchange and we decided to actually speak on the phone.

GW: Oh yeah, I was so anxious about that.

GW: Yeah, me too. When I talked about my marriage that ended, I felt like when I spoke about it with you, I was more honest. I think we’ve both been so broken down in trying to make other relationships work. And, we were so intentional about what we wanted. We talked about feeling safe.

WL: And that’s one of the most, the things that I cherish so much about our life together now. I am completely safe with you.

Ginger Wyatt and Winston Lancaster were married on Winter Solstice in 2015. Their full conversation is archived in the American Folklife Center at the Library of Congress. This series was produced by Michelle Little with editing by Michael Krall.