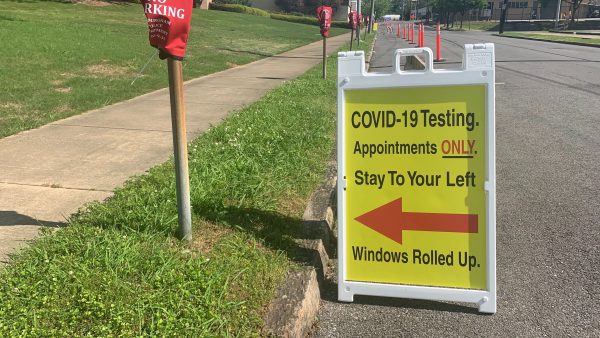 The number of new coronavirus cases in Alabama rose at the fastest rate this week since the beginning of the pandemic as Jefferson County officials encouraged more people, including those without symptoms, to be tested. According to the Alabama Department of Public Health, the state recorded 639 new cases on Monday and 593 on Tuesday, the two highest daily totals.

Public health leaders said some of that is due to an increase in testing, but it’s not the only factor.

“I speculate that what we’re seeing is some of the residual effects of loosening of the orders throughout the state,” said Dr. David Hicks, deputy health officer at the Jefferson County Department of Health.

Alabama beaches and retailers were allowed to reopen with certain limitations on April 30. Restaurants, barber shops, salons and gyms followed May 11.

“As we open Alabama up more and more, I think we should anticipate seeing further increases in the number of cases,” Hicks said.

Earlier this month, the Jefferson County Health Department announced that there was additional testing capacity. For instance, a site at Legion Field in Birmingham tested an average of 100 people a day, but could handle up to 250, meaning people who are asymptomatic could be tested. Officials specifically recommended those who frequently interact with large numbers of people and those who are in settings where social distancing or wearing of face masks don’t always occur.

That extra capacity means restaurants owners could test their entire staffs or an asymptomatic barber could seek out testing. But Hicks cautioned against  “a false sense of comfort” because the most common test, which involves sticking a swab into the nasal cavity, only detects an infection at the moment the test is given. If the test comes back positive, that person can be isolated. But if it is negative, that doesn’t mean the person cannot become infected days later.

Hicks said there is debate as to whether the average person should be tested on a regular basis, but stressed that it is recommended that those in high-risk environments, such as health care and long-term care facilities, be tested more than once. He said the county is working on a strategy to test all residents and workers in nursing homes, with possible weekly testing to follow.

“This is a very, very high-risk group, so you want to know as much as you can in real time whether or not there is infection going around,” Hicks said.

“As we get more information, we can hone and tweak our recommendations to get them better and better,” Hicks said.

Information about testing in Jefferson County

Information about testing in Alabama