Businesses Eagerly Reopen As Others Take A Phased Approach 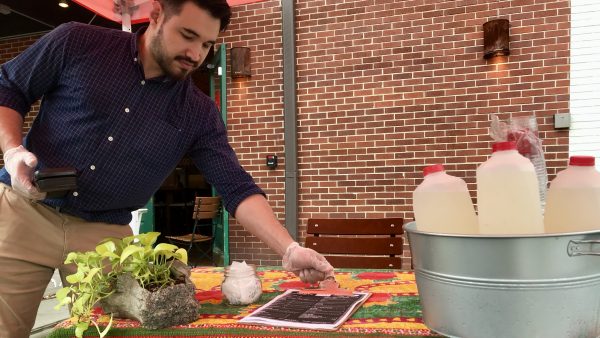 Gov. Kay Ivey allowed more Alabama businesses to reopen Monday, including restaurants, bars, and salons. But the definition of “open” varied widely, depending on the establishment.

Jimmy Shallow, a barber at Crestwood’s Birmingham House of Cuts, did a “soft opening” Monday, scheduling three clients per day for now. He’s taking note of how long it takes to sanitize equipment in-between haircuts. Customers also must sign a waiver indicating they assume any risks associated with coronavirus.

Kevin Burke, owner of Phase Gym in Birmingham reopened as well with a number of safety precautions. He’s limiting the number of people in the gym and regularly sanitizing equipment. His staff must wear masks at all times.

“Our primary goal and objective is to make sure that people are safe and that they feel safe as they’re working out and training,” he said.

Burke has spent the past few months training clients online and says he’ll continue to do so for those who aren’t quite ready to venture out. He’s dedicating a room in his gym for workouts over video conference. Overall, he said, many of his clients were eager to return.

“As soon as the governor made the announcement, we started getting phone calls and text messages before we could even send anything out saying what it was that the gym was going to look like in this new world,” Burke said.

The YMCA of Greater Birmingham will not reopen yet. CEO and President Dan Piles says he’s heeding Friday’s recommendation from the Jefferson County Health Officer to refrain from having public gatherings of 10 or more people.

Some restaurants, such as Golden Rule in Irondale, are eager to open their dining rooms to customers again. But staff there said they were surprised by the governor’s announcement Friday and needed a few more days to prepare. Other popular spots along Birmingham’s Highway 78, including Hamburger Heaven and The Filling Station, remained take-out only.

Multiple restaurant owners said dine-in services won’t yet cover the cost of rehiring a full staff. The seating requirements will decrease their capacity, and even then, they aren’t confident customers will take the risk. In addition, some workers are earning more through unemployment benefits than what business owners can afford to pay.

Birmingham’s beer drinkers may have more to celebrate. Avondale Brewing, Good People Brewing, and Birmingham District Brewing all opened their taprooms, even as many others decided to stick with to-go service for now.