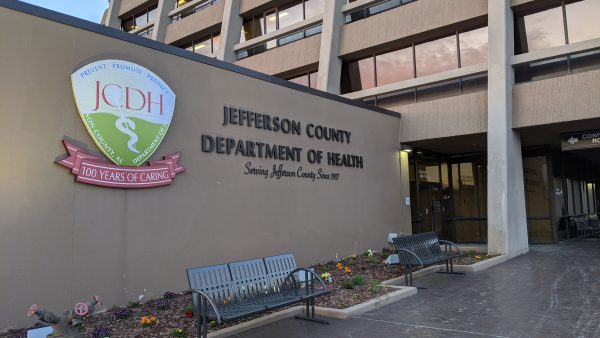 On Thursday, state and county health officials recommended canceling gatherings with more than 500 people to help prevent the spread of the coronavirus.

Hundreds of women gathered at the BJCC this week for a leadership conference. Like any conference, attendees walk around, visit booths and network, but some things are different.

Earlier in the week, event organizers sent out a warning email about the coronavirus, advising people to stay home if sick and practice good hygiene. But they didn’t cancel the conference.

“Based on the information that we had and the potential trade-off with the risk,” says event organizer April Benetollo, “we felt strongly that it was OK to go forward.”

As of Thursday afternoon, there have been no confirmed cases of coronavirus in Alabama. But that does not mean it’s not here. At a press conference, state health officer Scott Harris said as of Wednesday, the state had tested fewer than 50 people. More people have likely been tested through private labs, but that number is currently unknown.

Harris says the state is following CDC guidelines and testing people who are at high risk and meet certain criteria.

Dr. Mark Wilson, health officer for Jefferson County, says there is talk of expanding criteria to test more people, but that will require more resources. He says health officials statewide are concerned because they don’t have an accurate picture of what’s happening.

“We want to be able to do more testing,” Wilson says. “Frankly we feel that we are working in the dark a little bit in terms of knowing what is really going on in our community.”

Wilson says people should practice social distancing when possible and act as if there is active coronavirus transmission in Alabama, because he says there probably is. On Thursday, both he and Harris recommended canceling events with more than 500 people, though they did not suggest closing schools or universities.

Wilson says data is key to making these kinds of decisions.

“Traditionally, we do depend on case identification to help guide what measures we take,” he says.

As of Thursday afternoon, the Centers for Disease Control (CDC) has reported more than 1,200 confirmed cases of COVID-19 nationwide, with active cases in 42 states. In neighboring Georgia, where dozens of cases have been identified, the governor has requested $100 million to combat the virus. Other states have ordered emergency declarations and widespread closures.

Positive cases of coronavirus in the US that have been reported to the CDC as of March 12, 2020

On Thursday, Alabama lawmakers appropriated $5 million to the Alabama Department of Public Health. Harris says they plan to use the money to expand coronavirus screening locations throughout the state.

Still, with no detected cases, some state officials are also urging residents not to worry.

“We don’t need to be overly anxious about what might happen or what might not happen,” says Alabama’s Secretary of State John Merrill.

With an upcoming statewide election, Merrill says his agency is not concerned about the potential disruption of the coronavirus. The runoff election for the GOP Senate primary is scheduled for March 31. Merrill says he has a plan if officials start detecting COVID-19 in the state, but he won’t give specifics.

“We always are very careful to try to thread the needle between having people be prepared and take proper precautions… and then being an alarmist,” Harris said. “The message I hope people recognize is that this is really a serious disease … For people who are older or who have chronic health problems, this is a legitimately deadly disease.”

At the conference in Birmingham, attendee Dana Pippins says she’s trying not to panic.

“I don’t want to become hyper-aware or hyper-afraid,” she says, “but I think as long you take the necessary precautions, keep your hands washed, keep your hand sanitizer, that it is a manageable risk.”

Pippins says she would feel the same way even if a case were detected in Alabama.