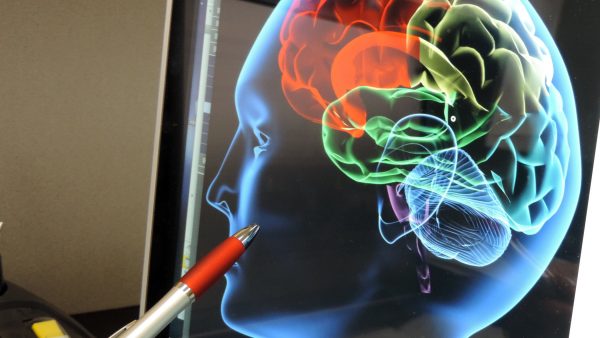 A stroke is typically caused by a clot that cuts off blood supply to the brain, and when it happens, there are usually signs, such as facial drooping and slurred speech. But silent strokes, caused by smaller clots, are unrecognizable, according to UAB neuropsychologist Ronald Lazar.

“You have the same kind of signals, but they’re so small that, in and of themselves, each one does not cause symptoms that you’re going to recognize,” Lazar says, “But over many years, we think they do cause a problem.”

He says previous studies show that silent strokes increase the likelihood of having a larger stroke and of developing dementia. But in general, Lazar says there is a lack of research about the impact of these small neurological events and ways to prevent them. In a new study funded by the National Institutes of Health, he and fellow researchers at UAB and Stanford University hope to fill in some of the gaps.

Alabama has one of the highest stroke mortality rates in the country.

The study, which is part of a larger national study called ARCADIA, will enroll 500 patients who have already had a stroke, and researchers will follow them for three years. During that time, participants will take a daily dose of an anticoagulant drug, either Aspirin or Apixaban. At the beginning and end of the study, investigators will use Magnetic Resonance Imaging to look for evidence of silent strokes. They will also conduct annual interviews to monitor for cognitive decline.

Lazar says they hope to improve understanding of how silent strokes might affect cognitive function overtime and study the preventative impact of both anticoagulant drugs.

“The fundamental goal is trying to minimize the occurrence of stroke in patients who might ordinarily be at high risk,” Lazar says.