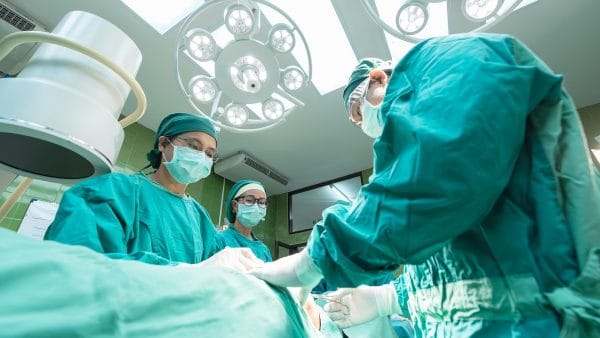 One day, scientists say transplanting pig hearts into babies in need of a transplant could keep them alive while awaiting a human donor.

Scientists hope in the future, pig hearts can be a temporary solution for babies who need a transplant. UAB researchers recently presented a study about this at The Society of Thoracic Surgeons’ annual meeting. The goal is to prevent pig hearts from being rejected. So far, results seem promising.

Dr. David Cleveland, pediatric heart surgeon at Children’s Hospital and UAB, says it can be a challenge when a baby needs a heart transplant.

“So the number of donors is just not there,” Cleveland says. “I mean, we’ve had babies sit there and wait for nine months in our unit, and then we’ve had a number of babies that die, waiting for hearts. And so there’s a tremendous need.”

To meet that need, one idea is that a baby could use a pig heart to stay alive until a human heart becomes available. Before that can happen, scientists have to make sure the human body will accept the animal organ. Over the years, they have figured out how to genetically modify pigs to minimize the odds of rejection. In their recent study, Cleveland and fellow UAB researchers checked to see how infant’s blood reacted to the blood of these altered pigs.

“I was incredibly surprised that there’s really not a lot of antibodies to these genetically-modified pigs,” Cleveland says. “Which tells you that they (infants) aren’t going to immediately reject it.”

It is progress, but Cleveland says we are still a long way from transplanting pig hearts into people. More thorough testing is needed and scientists need to see how it does on non-human primates before clinical trials can happen with humans.