Tax Bills Increase for Many in Jefferson County 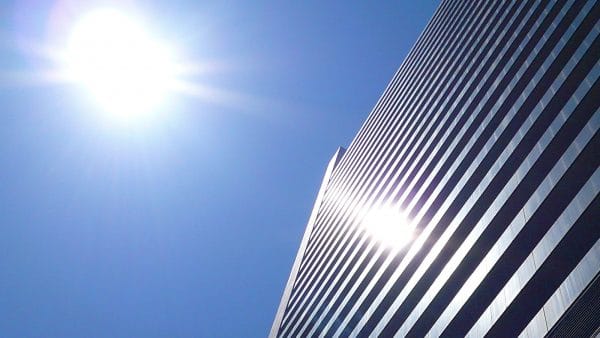 The former AT&T City Center is a vacant skyscraper in downtown Birmingham. This year’s property tax bill will be nearly half a million dollars more than it was last year. That’s one of many properties that can expect to pay more in taxes this year, including homes. That’s because of a strong economy and high interest from developers in some areas. Ty West, editor of the Birmingham Business Journal tells WBHM’s Janae Pierre the biggest factor driving these increases is the new Alabama Appraisal Manual.

“The switch to this new manual has led the base rates from being based on 2005 values to 2015 values and obviously a lot has happened over that decade and that’s why you’re seeing some very large jumps. I mean we looked at a lot of data, we found buildings where property taxes are going up in some cases 85 percent, and it’s everything from small barbecue joints in places like Avondale to skyscrapers downtown. We found a skyscraper that their tax bill is going to go up by more than $500,000. There are some huge jumps that we’re noticing.”

What does this mean for commercial property owners?

“Well that’s a that’s a really good question because if you look around Birmingham there are a lot of what you’d call ‘prominent vacant’ or ‘undeveloped lots’ that now those lots are costing a lot more money for an owner to hold on to. So we’ve talked to some real estate brokers who think this might finally get some of those owners who have been holding onto these properties for a long time to decide you know, ‘I either need to develop this so it’s producing some income for me or I need to sell it.’ And that could spark some activity, it’s pretty high profile lots, especially around downtown.”

What does this mean for residential property owners?

“On the residential front, Birmingham’s housing market has been very very hot recently. We have a short supply of homes and looking at certain neighborhoods that was obviously evident in these numbers when we looked at that. Prices have been surging there at 18-year highs here in the metro area. So obviously that means values have been going up and I think this year for a lot of homeowners it’s going to be the first year that they really see a substantial jump. We looked, for instance, between 2017-2018 and then between 2018-2019 and these market values of residential properties have been rising for several years now. But this year there was a noted jump for many properties, like we saw it up in Gardendale, we saw it in Fultondale, we saw it in Homewood, Hoover especially, several places we saw this being a year with a large jump.”

Is there a difference in inner city values in the larger western area versus downtown?

“You know, there is. And that’s something I talked about with Jefferson County. They noted not everywhere is seeing these jumps and there’s a couple reasons for that. I mean some areas for instance, Parkside and Railroad Park, that area had already seen a lot of correction just because that area changed so much. A couple of years ago we had done a story and noted that some of those properties had seen hundred percent jumps in property values. So that’s one aspect of it. But for instance, we looked into properties in Bessemer. They haven’t started to see those type of increases yet. They might be impacted by the switch to the manual but they’re not being impacted by that high level of redevelopment and high level of new building. Now they might be with the new Amazon facility, but that hasn’t happened yet. That’s not baked into the numbers yet. So no, I would not say we’re seeing it everywhere. I would say there has been some surprising pockets where we didn’t notice as big of jumps, for instance some of the more outlying suburbs, places like Liberty Park. We didn’t notice as big of a jump there looking at the data as we did as, say, Ross Bridge or Homewood or Avondale.”

What does this increase mean for schools and the city of Birmingham overall?

“You know a lot of the property taxes in Alabama, they do go to support education. So you’d like to think that this is going to lead to some increased funding at many levels. But Jefferson County officials did caution me just because some of these particular properties see an increase in valuation it might not translate to that large of an increase in tax revenue because there are some exemptions obviously from the homestead exemption to various other exemptions. It’s not as simple for every single property. ‘Oh my taxes go up or my valuations go up.’ So that’s going to result in a substantial increase in tax revenue’.”