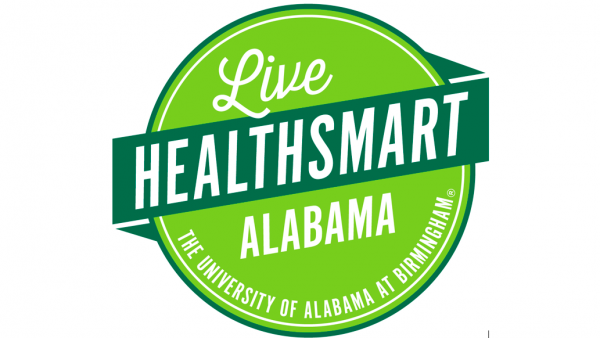 Alabama ranks near the bottom on key health indicators such as obesity and high blood pressure. A new initiative launching Tuesday aims to pull Alabama out of the bottom 10 among states by 2030. That’s the goal of the Live HealthSmart Alabama project. It won the inaugural University of Alabama at Birmingham Global Challenge competition this year. That means an award from the university of $2.7 million over three years.

A Different Approach to Move the Needle

Health programs often focus on individual behavior. For instance, people might be encouraged to lose weight. Live HealthSmart Alabama will try to prompt healthier habits by changing three factors around people: policies, systems and the environment.

“Policies make a big difference,” says Mona Fouad, the Director for Division of Preventive Medicine at UAB. She leads the initiative. “The United States did not improve on smoking rates until we [banned] advertisement on television … increased the tax on cigarettes.”

Systems refer to practices or patterns in the workplace or schools. This could include whether a school cafeteria offers healthy food options to students or an employer offers workers time to exercise.

The environment involves the space around people. That can mean the existence of nearby parks or sidewalks to encourage physical activity, or the availability of fresh fruits and vegetables at neighborhood retailers.

“It is more of an overall, comprehensive [approach],” Fouad says.

“What we want to see is not what we want. It’s what the community wants,” she says.

Fouad says plans for Kingston include repainting crosswalks and repairing sidewalks to make it easier for kids to walk to school. She hopes a grocery store will open within a year. Other ideas include demolishing blighted properties and developing community gardens.

“They’re going to see a lot of changes,” Fouad said.

Many of the initiative’s recommendations, from adding bike lanes to employer-subsidized gym memberships, are not ones Fouad and her team have the authority to implement. She says that’s why they’ve partnered with more than 90 government agencies, business and nonprofits.

She points to work with the Jefferson County Department of Health to create a smoke-free “health district” around UAB and adjacent medical facilities, a measure the Birmingham City Council approved in October.

Fouad says the program provides a platform for people to come together on health and wellness issues.

“Instead of just one group, like us from UAB, going and pushing for a policy, they’re [speaking] collectively,” Fouad said. She believes data supporting recommended changes will be persuasive to leaders.

Fouad says they’ll spend the first three years watching how many organizations, such as schools and workplaces, make systemic changes.

“If people [are] physically active, eating healthy, participate in wellness and prevention, those three things cut across all the chronic diseases,” Fouad says.