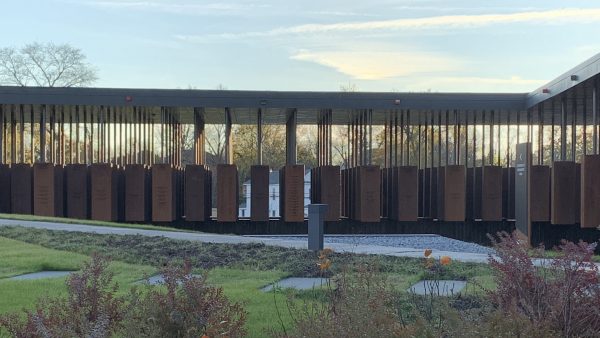 Editor’s note: An earlier version of this story noted that T. Marie King’s great-uncle was killed after encouraging blacks to vote. After publication, King indicated her great-uncle was lynched for organizing a sharecropper’s union.

Organizers of the Jefferson County Memorial Project will release findings Wednesday on 30 lynching victims in the county. That’s a small fraction of the thousands of African American lynchings that took place in the South. Now, the grassroots coalition wants to bring a lynching memorial to Birmingham to remember those victims. The display would come from the National Memorial for Peace and Justice in Montgomery.

T. Marie King is a self-described history buff. She remembers the day she first visited the Equal Justice Initiative’s lynching memorial this past winter. She read every placard. Then she came across jars full of soil from lynching sites around the state.

“I took my time reading the jars” King says. “When I came on the other side to see his name, Ed Bracy, it was like, hold up that’s my family. I’m a descendant from this person.”

Bracy was King’s great-uncle. He was murdered in 1935 in Lowndes County for organizing a sharecropper’s union during the Jim Crow era. She says her discovery that day is exactly why the memorial is necessary.

“We want people to understand we have a history here in Jefferson County but also in the South that we have to reckon with,” King says. “We want to make sure that people understand that we have to accept our full history of what we’ve been through here.”

The Jefferson County Memorial Project wants to put that history on display through a monument provided by the Equal Justice Initiative. EJI has markers for every county in the South where they have documented racial terror lynchings.

“We think it’s important not only to bring the monument back but really use it to spark a larger public discussion about the history of racial violence within Jefferson County and also the legacies of racial injustice that still exist today,” Abigail Schneider, director of the Jefferson County Memorial Project says.

More than two dozen Birmingham-area college students have spent months researching the history and descendants of the county’s lynching victims. Madelyn Cantu, a senior at UAB, is one of those researchers. She says learning the stories behind the county’s lynchings have been powerful.

“I understood on paper about slavery and what people in Alabama went through but this definitely opened my eyes to exactly how traumatic it was and why it’s important to address it,” Cantu says.

Lynchings were a way to control and terrorize blacks into submission after slavery and the Civil War. Some were lynched over criminal accusations that were often false. Cantu’s assignment was to research Lewis Houston. His lynching was the first one on record in Jefferson County in 1883. Houston was anywhere from 16 to 20 years old, and he lived in Clanton.

“There was an allegation that he went and tried to rape a white woman and it ultimately ended up with a lynch mob chasing after him,” she says.

They dragged Houston from the jail on 4th Ave. North to what is now Linn Park in downtown Birmingham and lynched him there. Many community members say that’s the ideal spot for Jefferson County’s lynching memorial. Schneider, with the Jefferson County Memorial Project, agrees.

“It’s the park that sits between Jefferson County courthouse as well as City Hall and really reminds these two important public institutions to never lets such acts of racial terror happen again,” she says.

The Jefferson County Memorial Project is still underway, but officials say it’s coming along quickly. Organizers hope to finish it by this summer.