John Paul White Makes His Peace With Being an Artist 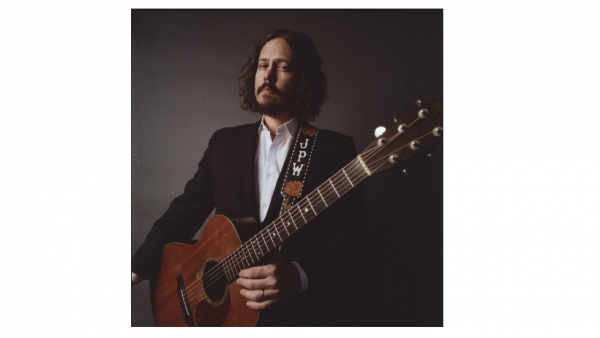 John Paul White grew up in tiny Loretto, Tennessee, and now lives in Florence, Alabama, not far from Muscle Shoals.

There isn’t just one sound or theme on John Paul White’s newest album The Hurting Kind. But there are a lot of songs about the ups and downs of love. There are romantic tracks, and darker songs about the unraveling of relationships. White was born in Florence and lives there now. But he grew up in Tennessee, and you can hear that Nashville country sound on several tracks. We spoke to White ahead of his performance this Saturday night at The Lyric Theatre about growing comfortable with being an artist.

White was part of the Grammy Award-winning duo The Civil Wars. They produced and toured at a frenetic pace. “I was so laser focused on the business and on achieving things that I completely lost connection at home,” he says. And that’s really the thing that I’m most protective of now. Now, White says, he’s intentional about keeping things manageable. “I have learned that I need to be strategic about my time. And I’ll never give as much of it to this career as I have in the past,” he says.

White says he wanted The Hurting Kind to be more complex than the records he’s made before. Rolling Stone described White’s 2016 album Beulah as “simmering folk-noire.”  It was dark. “It was not a lot of choice made on my part when it came to those songs,” he says. “So this record [The Hurting Kind] is me really saying to myself and to the world who I am –the good, the bad, the ugly,” he says. It’s a rich mix of happiness and sadness, a nod, White says, to the complexity of life.

There’s a classic feel to many of the tracks, and that was no accident. “I had been burying my head in ‘countrypolitan’ stuff like Jim Reeves and Patsy Cline and early Roy Orbison, and a lot of Chet Atkins and Bill Porter records,” he says. “I think I was doing that because I was looking for that style of music in today’s world, and for any artist doing that type of thing. Then I decided to make the kind of record that I wanted to sit down and listen to – one that I’ve been looking for and can’t find.” And on tracks like the honkey-tonk-like “You Lost Me” and “This Isn’t Gonna End Well” featuring lovely vocals from Lee Ann Womack, that rich country sound comes through.

White drew from other influences to craft the album. He likes that the ballad “My Dreams Have All Come True” is a sad song wrapped up in a happy title. “If Elliott Smith and Kirs Kirstofferson got together and made a country record, that song is what I think would come out of it,” he says.

The album The Hurting Kind is titled after the types of songs that often first come to mind when White sits down to write. “Those are the emotions that I think are the most powerful. They’re the ones that are most lasting,” he says. “They cut deeper and they stay with us.”