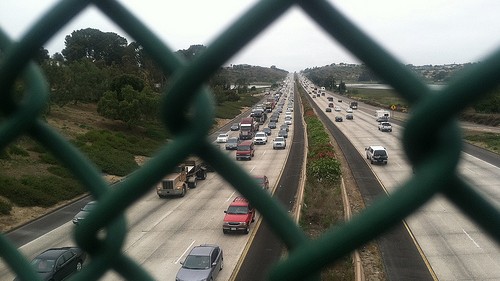 Alabama Gov. Kay Ivey says investing in infrastructure is her administration’s top priority. Ivey made the comments in a speech Friday at the Public Affairs Research Council of Alabama’s annual meeting in Birmingham. She says Alabama’s roads and bridges are aging and the state hasn’t kept up.

“We must invest a reasonable amount that would be effective in helping us solve this issue,” Ivey said.

Ivey stopped short of endorsing an increase to Alabama’s gas tax. Lawmakers are expected to debate a gas tax increase in the legislative session that starts next month. Alabama’s gas tax is 18-cents a gallon and among the lowest in the nation. It was last increased in 1992.

Ivey says infrastructure investment includes efforts to expand the Mobile Ship Channel, which officials say is necessary to keep the Port of Mobile competitive. She says it’s a statewide issue.

“It’s amazing how many folks in north and central Alabama absolutely take products down to Alabama’s port,” Ivey said.

The theme for PARCA’s meeting was workforce development. It featured a speech on that issue by Raphael Bostic, president and CEO of the Federal Reserve Bank of Atlanta. He says while the southeast overall is doing well economically, that masks problems.

Bostic says fewer Alabamians participate in the labor force than the national average and a notable number of people say that’s because they’re too sick or disabled to work. At the same time, employers report difficulty in filling job vacancies, particularly in rural areas. It’s an issue Birmingham is grappling with, too.  Bostic says if labor force participation were at the national average, the state would have 200,000 more workers.

“[This] could help resolve what are projected to be fairly serious labor shortages in the coming years,” Bostic said.

Alabama also suffers from underemployment and lower rates of economic mobility than other parts of the country. Bostic says all those factors mean a workforce development system needs to improve opportunity for workers and better meet the skills needed by employers.

Bostic did not offer specific policies, but says the issue is multifaceted. It touches on education, health, broadband access, soft skills and fear of change. He says workforce development should provide hope.

“One of the things I worry about more than anything else is that we wind up with a broad class of people who just give up,” Bostic says. “Then we really will lose that potential and we collectively will be far less rich than we would be otherwise.”