Cyberattacks Like The One On DCH Are Increasingly Common 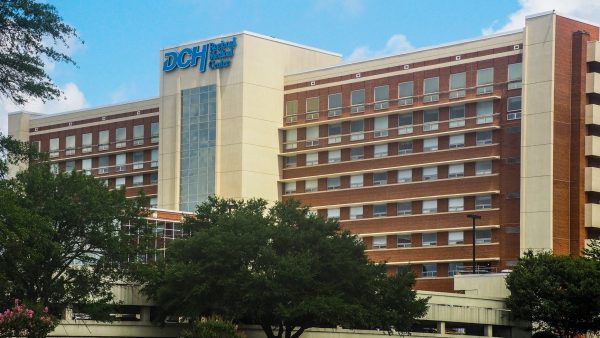 A ransomware attack on DCH Health System, based in Tuscaloosa, caused officials to divert all but the most critical patients from its three hospitals.

“When those things are not available, and the system is built on having those to deliver the care, it’s really difficult,” Fisher says.

In response to the attack, DCH stopped accepting all but the most critical new patients at its three hospitals located in Tuscaloosa, Northport and Fayette, and employees reverted to using paper charts and records.

After paying the hackers to obtain a decryption key over the weekend, hospital officials are now working to fully restore operations. Fisher says the attack was an eye opener.

Ransomware attacks are the most significant cyber threat to hospitals across the country, according to John Riggi, a 28-year veteran of the FBI and now senior advisor for cybersecurity and risk at the American Hospital Association.

He says nowadays, because hospitals are increasingly wireless, a ransomware attack can shut down everything from CPAP machines and blood pressure monitors to the entire emergency room.

Cybersecurity expert John Riggi says a hospital’s best defense is prevention. Since ransomware and other malware typically enter a system via an email attachment or a link, employee education is key. He adds that hospitals should keep offline backups and regularly address software vulnerabilities, though that can be a challenge.

“Because hospitals operate 24/7, they can’t shut down overnight to deploy patches in their systems, and the systems are tremendously complex,” Riggi says.

This year, he says, there has been a dramatic increase in targeted cyberattacks on hospitals and other organizations. But at the same time, there is a growing awareness of the issue. Riggi says hospitals across the country now consider it a top risk.  It just so happens that October is Cyber Security Awareness Month.