This Weekend’s Super Blood Wolf Moon … or Something Like That 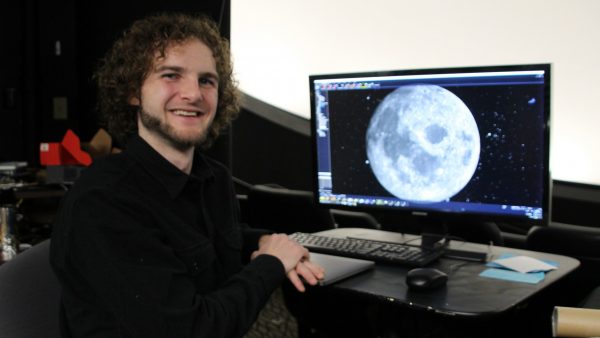 David Weigel, director of the Christenbury Planetarium at Samford University, says the scientific description of this Sunday's lunar eclipse is "perigee syzygy."

Alabamians, along with millions of people in many parts of the world, are getting ready for a show Sunday night. There will be a total lunar eclipse. Some call it a ‘super blood wolf moon.’ David Weigel, director of the Christenberry Planetarium at Samford University, says the event is exciting, but he would not use that name.

“It is billed as a ‘super blood wolf moon,'” he says, “which is all sorts of nonsense.”

Weigel has a different idea.

“Maybe the more exciting term would be perigee syzygy,” he says. “That would be the scientific term for this.”

In less scientific language, this eclipse features what is called a super moon. The moon will appear slightly bigger because it will be around its closest point to earth. This weekend’s event is also a total eclipse, so the sun, earth and moon are in perfect alignment. The earth blocks direct sunlight from reaching the moon. Weigel says the light that does hit the moon is bent through the earth’s atmosphere.

“So it’s as if you have all of the sunsets of the earth shining on the moon at the same time and that turns it red,” Weigel says.

That red tint is why some people are calling it a “blood moon.” A “wolf moon” is the name sometimes given to the full moon in January.

Call it a super blood wolf moon or perigee syzygy. Either way, check it out in the night sky this Sunday. The total eclipse will last a little over an hour, starting just after 10:40 PM. In Birmingham, there will be public viewing parties at Samford University and Oak Mountain State Park.

The next total lunar eclipse will happen in May of 2021.