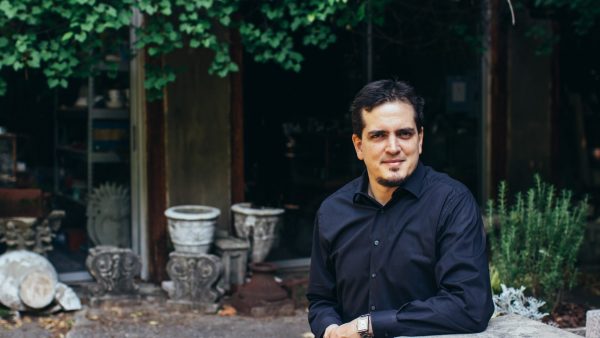 Venezuela’s political crisis is at a boiling point. There are food shortages and dozens have died in recent violent protests. Carlos Izcaray, music director of the Alabama Symphony Orchestra, was born in Caracas in the late 70s. Izcaray has seen Venezuela’s downward spiral firsthand.  In 2004 he was arrested and tortured watching protests against then-president Hugo Chavez. He shares his concerns about the worsening political climate.

Hear Izcaray also on Here & Now during their Feb. 8 show.

On family dealing with poverty in Caracas:

“I have an uncle who went three days without eating in the last few days. My father’s a diabetic and has to struggle to get his penicillin. And then when he does find that, it’s hard to keep it refrigerated because you have eight-hour shortages. Bear in mind also that about between 3 to 4 million people have left the country over the last few years.”

His capture by Venezuelan National Guards:

“So after going back to Venezuela and I had been back there just over a year from studies abroad. In 2004 I was witnessing these protests that were taking place all over the country –in Caracas, but mainly near my neighborhood, and I was kidnapped by the National Guard. I was savagely beaten, tortured, electrocuted, locked up in rooms with other people where they would shoot tear gas and we were humiliated, threatened to death. We had to chant pro government songs in a very humiliating fashion. So that happened to me and I denounced that not just locally with the authorities, which obviously didn’t go anywhere, but then also internationally.”

“So in my case I was a little bit lucky because a couple of us in my group were able to convince one of the guards to lend us his cell phone. And from there we were able to get the word out to our families and friends. Bear in mind that until then, nobody knew where we were. Our friends and family went to the this military compound where I was being detained and they were protesting by the gates. And at some point after a whole day of this ordeal I was let go without, of course, being reminded that if I said anything I would be killed.”

Thoughts while being detained:

“It was a very quick way of realizing what is going on in Venezuela. Until then it was theories, opinions, looking at the news, reading, hearing testimonies. But when you were living it in the flesh it’s quite a wakeup call. Obviously when that was taking place I was just praying to stay alive, just  praying that this would not be my last day.”

“Musical release” after a traumatic experience:

“My relationship with my craft, with music, has most definitely expanded. This is a way also to rediscover the power of what I do. Music is about bringing people together. It’s about expression. It’s about entertainment of course, but there are deeper layers to it. And for sure I have discovered a lot of those layers through my own suffering but most especially through the suffering of other people. And also it is a way to connect with previous generations. Many of the greatest composers from the past had to endure difficult times like what is going on now in Venezuela.”