Alabama Licenses Midwives for the First Time in Decades 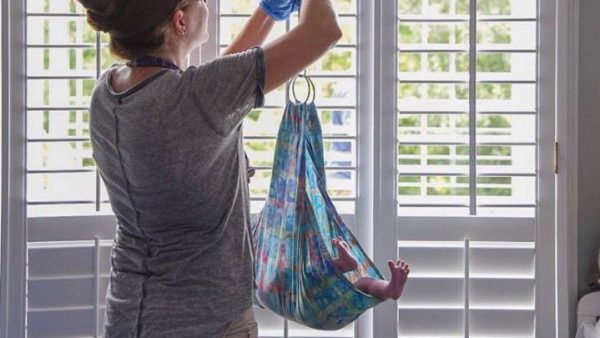 Layla Brown is one of five midwives who recently received a license to attend home births in Alabama.

For the first time in more than 40 years, Alabama has licensed professional midwives. Last week, the newly formed Alabama State Board of Midwifery issued credentials to five women, who can now legally attend home births in the state. But some say there is more work to be done.

Layla Brown, a midwife from Fultondale, is one of five women who recently received a license to practice in Alabama. Before that, Brown says she still attended home births, but it was risky. Without a license, she could have faced criminal charges for delivering babies at home.

“I’m happy because I don’t have to be fearful of going in to a hospital when I need care,” Brown says. “I can go in and say, ‘Hey I’m legitimate. I’m a licensed midwife,’ and hopefully be treated with respect.”

The new licensing process comes after years of lobbying and regulation passed in 2017 that laid the groundwork for midwives to legally attend home births. To gain the credential, a midwife must be a Certified Professional Midwife (CPM) and buy liability insurance. The law also limits the scope of what midwives can do and the types of pregnancies they can attend. Brown says it is not perfect.

“Yes, celebrate that we have licensed midwives in Alabama,” Brown says, “but know that this law, the way it’s written, is not in the best interest of mothers and babies, and we’re going to have to go back to the table.”

Licenses are administered by the Alabama State Board of Midwifery. The group plans to meet May 3rd to review the next round of licensing applications.