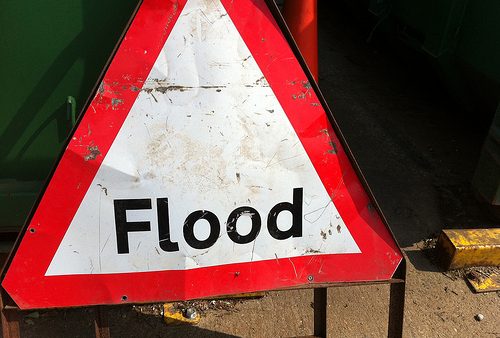 Rain is forecast for Alabama this week. A lot of rain.

On Monday, the National Weather Service issued a flood watch through Friday morning for roughly north of Interstate 59/20. That area could see up to 6 inches of rain this week.

John De Block, warning coordination meteorologist at the National Weather Service in Birmingham, says the heavy rain is partly due to El Niño, the periodic warming of the Pacific Ocean off the South American coast. The phenomenon has meant a wet winter already.

“So this additional rainfall that’s going to fall is going to pretty much immediately go into runoff,” De Block says. “We are expecting some significant rises on area rivers, lakes and streams.”

De Block says those living near water and low-lying areas should be on guard. He says with enough lead time, people can sandbag structures or move property to higher ground. But that shouldn’t be done at the expense of people’s lives.

“A lot of times people will wait, have offers to be moved to higher ground. They wait and they wait and before you know it they have to be rescued,” De Block says.

De Block says the general public should not drive over water-covered roadways. Floodwater can wash away roads that can’t been seen by drivers.

“The best bet is to turn around and don’t drown,” De Block says.