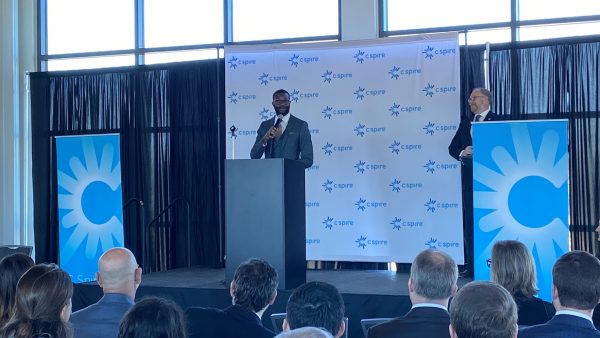 The mayors of Birmingham and Jasper were joined by C Spire and Alabama Power executives to announce the partnership they say will bridge gaps in reliable internet access statewide.

He said 23% of people within the city of Birmingham still don’t have an access provider. He said the improvements will help meet access goals he set when he first took office.

Sen. Greg Reed of Jasper, who sponsored legislation that paved the way for broadband expansion, said the initiative will drive economic development.

“We’re going to open up grants for companies to go to areas that they otherwise fiscally wouldn’t even consider so they can finally serve the people that need it the most,” Reed said.

Reed said he hopes more partnerships and co-ops will spring up so companies can work together to expand already-available technology.

Reed said improvements in many small towns can be as easy as extending a cable to the end of a street to ensure everyone has the same access.