A Fresh Look at the Man Considered Alabama’s First Historian 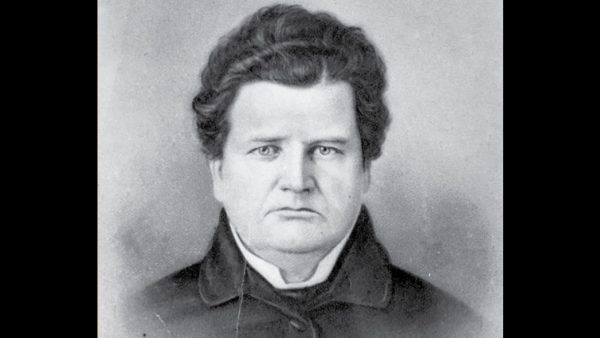 Alabama celebrates 200 years of statehood this year, which means you’ll probably hear a lot about the state’s history. But it’s more than the Civil War and civil rights. It starts before that. The man who documented much of that early history is Albert Pickett. In 1851, Pickett published his “History of Alabama” which covers the European explorers through statehood. Last fall, the book received an update of sorts thanks to University of West Alabama emeritus professor of history James Pate. He annotated Pickett’s original work, and the result is a book more than 600 pages long. Pate spoke with WBHM’s Andrew Yeager.

“He actually conducted oral interviews of prominent people who could give him primary information, eyewitness information about events that shaped the development of Alabama. Growing up as a youth in Alabama as a territory and the early statehood period, he had personal experiences that he could reflect on. Plus, he knew many of the makers and shakers that helped shape Alabama. The work that Pickett did in collecting information that allowed him to write his history is now being used by modern scholars and used quite often and given credence.”

How Pate approached his annotations:

“I simply tried to read the original narrative as closely as possible and I attempted to compare what Pickett wrote in a particular place with the data that was available to me now. So I did a good bit of research in the archives. He had a lot of primary material that he received from participants in the Battle of Burnt Corn Creek or the Fort Mims Massacre or some of the other engagements with the Native Americans … He took the eyewitness accounts of dates, names and places and assumed those were correct. And in many places they were not, although in other places they were. In fact, more correct than some of the material I could find. I just wanted the reader and researcher who might come along and pick up this new edition to have as much information as possible.”

Evaluating Pickett in light of current attitudes on race:

“Pickett has a mixed view of Native Americans and African Americans. Although he had personal experience dealing with Creek Indians, for example, at times he continues to refer to the Creeks and other Southern Indian peoples as savages. That was not only true of Pickett but that was true of most of the people in the Southern states and, in fact, almost every state. He is back and forth on the value of the Native American. In several places he defends them. In several places he attacks them. The same is true of the African American’s role in Pickett’s History. One of the modern critics of Pickett’s History is that he wrote his history for white people. For the most part, he reflected the culture and the society that produced him.”