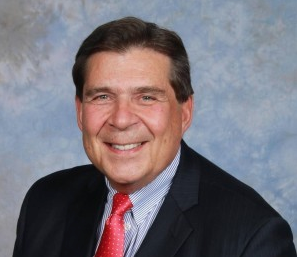 David Carrington is a county commissioner for Jefferson County.

Cities and towns in Jefferson County owe the county more than $800,000, according to a report given at the County Commission meeting Thursday in Bessemer.

Commissioner David Carrington said he’s been working on the report for a while. It shows six cities owe the county $400,231.54 it paid on their behalf to the Personnel Board and $410,668.58 in outstanding balances for the Emergency Management Agency.

“What discourages me most about this is some of these monies have been due since 2005, even before our watch,” Carrington said during the meeting. “I wonder what attempts have been made to collect these monies.”

John Henry, the county’s finance officer, said invoices are sent to delinquent cities, reminding them what is owed.

“Some of them are still trying to work through their internal issues in terms of their own financials, but we keep an up-to-date list of what is actually owed,” Henry said.

Carrington said Fairfield’s debt to the county was addressed last year through a settlement. The county forgave the city’s outstanding debt at the time, and Fairfield agreed that the county at the end of each year could subtract the amount the city owes from its ad valorem tax.

Litigation “would be an adversarial position,” Stephens said, “and I wouldn’t want to do that without exhausting all means.”

Carrington said he just wants to make sure county and city officials sit down and discuss the matter.

“I think this is the kind of thing that slips through the cracks. I’m pretty hard-lined that cities need to pay their money. It’s not fair to the other cities,” Carrington said. “Just because you don’t pay your bill (doesn’t) mean you get a free pass. Go tell that to Spire or Alabama Power that you just decided you don’t want to pay your electric bill for eight years. That ain’t gonna work.”

Carrington asked whether the commission had yet received a letter for assistance from Fairfield, another distressed city. He said the county can’t interject itself into city government.

“We’ve got too many cities that can’t support their citizens,” Carrington said. “They have four options: increase revenue, decrease costs, de-incorporate – which means the county takes over and we have responsibility – or merge with another community. Perhaps it’s the role of this commission to have those conversations with some of these distressed cities.”

“Clean up Our Own Back Yard”

In another matter: Commissioner Joe Knight said the county needs to “clean up our own back yard” by dealing with dilapidated houses and unkempt properties.

“We have these neighborhoods in the county that need our utmost attention,” he said. “We’ve talked about the Docena community before. Then you’ve got Robinwood and places like that. We can’t just sit around and say, ‘Well, we’re working through the process.’”

Knight said a plan needs to be devised to address the issue of rundown properties to stop the deterioration of neighborhoods.

“Those weeds are growing, the houses are falling in, it’s a health hazard and it gives the crackheads a place to go hide,” Knight said. “I think we need to do more for our county issues and try to help the cities if we can. Let’s not get our priorities displaced. Our obligation as a county commission is to the unincorporated part of the county for everyday services.”