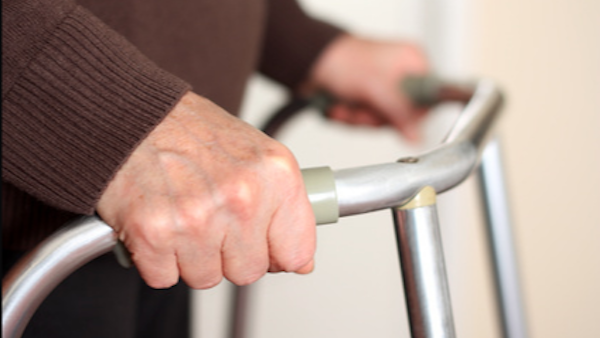 Officials say with some cases it’s not always easy to know how to intervene, particularly if a victim doesn’t believe he or she has been scammed.

Timothy Townsend offers loans for a living in north Alabama. It’s kind of like a middle ground between a payday lender and a bank. He remembers one time when a 19-year-old applied for a truck loan. The young man didn’t have any credit and had only been working a few weeks. So he got his grandfather to co-sign the loan application.

“When I talked to the older gentlemen he was like ‘Well, I guess. I really don’t want to, but they’re saying it’s the only way he can get it,’” Townsend says.

That hesitation was a red flag for Townsend, but it’s awkward because as much as he wanted to do right by the young man and his grandfather — and follow the law — he’s in business.

“In the atmosphere of Yelp and Google ratings and things of that nature, if you make a wrong judgement call, it can give your business a bad reputation,” Townsend says.

It’s a tough situation for people in financial services. But these circumstances can pull the curtain back on elder financial abuse. That’s because banks and other financial institutions can sometimes spot potential problems early.

Regions Bank trains its employees to look for signs of exploitation. Basically, they look for things out of the ordinary, says Steven Kirkpatrick, who helps oversee security for Regions. It could be a customer at a branch accompanied by an unknown person who does all the talking. Maybe someone withdraws large sums or there’s unusual spending.

“Such as the person’s in their 70s and there’s a lot of nightlife activity that you pretty well know that this elderly person lives a frugal life… that is a surefire sign that something’s wrong,” Kirkpatrick says.

Regions has an internal hotline employees can call to report suspicious activity. The company investigates and turns over credible reports to authorities, as is required by law.

There are government agencies that protect older adults from financial abuse. Take the Alabama Department of Human Resources, where Louise Julian has worked in Adult Protective Services for 30 years. She says about half the cases are straightforward. With others, it’s not always easy to know how to intervene, particularly if a victim doesn’t believe he or she has been scammed.

“For example, we had this one lady and basically what she was doing she was sending money overseas,” Julian says. “She was convinced that she was in a relationship and that this would result in marriage.”

Julian says this woman had all her faculties and that’s the key. If the victim understands decisions, even if they’re poor decisions, there’s not much the department can do.

But just because DHR can’t help, that doesn’t mean a crime hasn’t been committed. Prosecutors can still pursue criminal charges.

Diane Dunning is an Alabama assistant attorney general. She says the state has passed laws recently to better combat financial exploitation. One law allows brokers to delay a payout if they suspect elder abuse.

“[If] somebody walks in and wants to withdraw $250,000 from granddad’s account and they can’t give you a valid reason why but they’ve got the power of attorney, you may not want to do that right off the bat,” says Dunning.

Timothy Townsend, who runs the consumer financial company, isn’t sure the case with the 19-year-old applying for a truck loan with his grandfather was abuse. He denied the loan for other reasons.

But with people living longer holding, in some cases, a lifetime of savings, more tricky conversations are sure to come.