Gun Violence Through the Eyes of a Trauma Surgeon 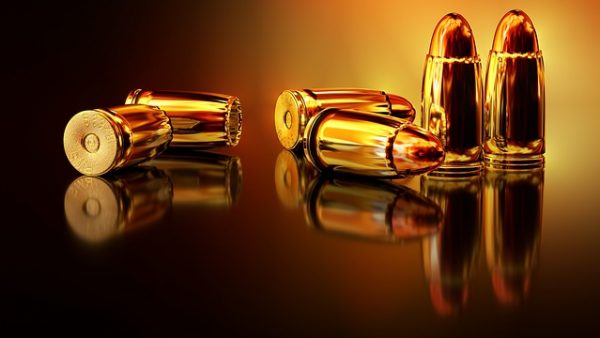 A Thanksgiving night shooting at the Riverchase Galleria in Hoover has brought more attention to the issue of gun violence. Dr. Jeff Kerby sees the effects of guns every day. He’s a surgeon and head of the trauma service at UAB Hospital. He says the number of gunshot wound cases at UAB has almost tripled over the last four years. Curbing that, he argues, requires input from the medical community.

Kerby’s comments come as the National Rifle Association recently criticized doctors speaking out about gun issues as anti-gun, tweeting they should “stay in their lane.” WBHM’s Andrew Yeager spoke with Kerby.

“It really is centered around research, trying to understand all the issues. This is a complex matter. It’s not just one thing that’s causing it. It’s a multitude of problems that we have theories about but we haven’t really been able to investigate them. In 1996, there was an amendment on an omnibus bill called the Dickey Amendment that really prevented the Centers for Disease Control in studying anything that had to do with gun control, and because of that we really weren’t able to study gun violence issues either. This is becoming an epidemic in our community, and any time there’s an epidemic you need public health approaches. And public health approaches require research to really come up with solutions.”

Specific policies that are promising:

“Some states have red flag laws. So if there is somebody that either the family or the community knows may be a harm to themselves or to others, there is a mechanism to remove firearms from that individual. Those types of legislation have gotten bipartisan support in other states and they have been shown to be helpful in preventing particularly suicide-related gun deaths. Universal background checks are another opportunity. The other area we’re focused on is really trying to remove the Dickey Amendment, restrictions on publicly funded research, and really come up with some of those solutions that go beyond just restricting access to guns.”

Responding to the NRA:

“I think most people took offense to that because, particularly in the medical field, we see the impact of this on a daily basis. We’re on the front lines of this. This takes a toll on the caregivers as well. I was saddened by it because we have an opportunity to come together to solve this issue. And every time we start having conversations about gun violence and decreasing the incidents of gun violence, they want to twist it into a gun control debate. This really isn’t about gun control. We aren’t anti-gun. We are supportive of the Second Amendment. But we need to address the issue of firearm related injury and the burden that that’s causing on our communities. There is a space there for us to have healthy discussions around the issue of gun violence.”

Doug Jones Says He’s Not Attacking the State Democratic Party, He’s Rebuilding It How Prepared is UAB Hospital for a Mass Shooting? A Conversation with Senator Doug Jones Birmingham Councilor Suggests Calling in the Guard If Nothing Else Curbs Crime in the City Jeffco Health Officials: Violence is a Public Health Issue