Galleria Mall Shooter Could be at Large 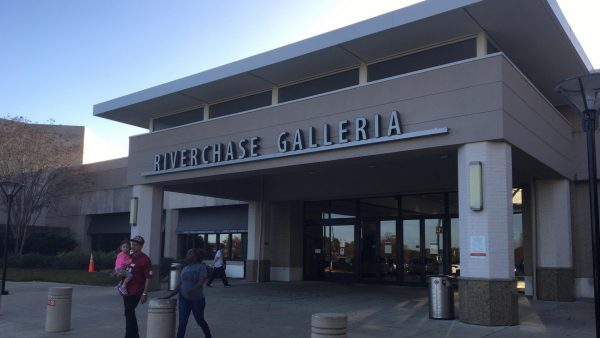 The shooting happened Thanksgiving night at the Riverchase Galleria.

The man killed by police in a mall shooting Thanksgiving night was likely not the shooter, according to Hoover police. Investigators now believe that more than two individuals were involved in the initial altercation and the shooter is still at large.

According to a statement issued by Hoover police Friday night, 21-year-old Emantic Fitzgerald Bradford was fleeing the shooting scene, but new evidence shows he likely wasn’t the one who fired shots that injured two people.

The incident occurred at 9:45 pm Thursday when two men got into a fight on the second floor of the Riverchase Galleria on Thanksgiving night when shoppers came out in droves to find early Black Friday deals. Police said one of the men was armed and shot an 18-year-old man and also injured a 12-year-old girl. Bradford was shot and killed by a uniformed Hoover Police officer.

The Hoover Police Department requested that the case be investigated by the Jefferson County Sheriff’s Office. However, Jefferson County district attorney Mike Anderton announced the incident will be investigated by the Alabama Law Enforcement Agency (ALEA) because of an internal conflict of interest within the sheriff’s office.  The Hoover Police Department will assist ALEA in their efforts to determine the facts of the case. The officer involved has been placed on administrative leave pending the outcome of the investigation. His name has not been released.

Anyone with information or video evidence of the incident should contact ALEA investigators or Crime Stoppers of Metro Alabama at 205-254-7777.