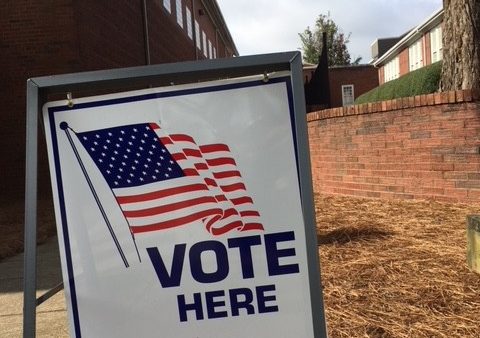 Four Republicans and six Democrats are vying for the governor’s seat in the June 5 Alabama primary. Here are profiles for the gubernatorial candidates, compiled in conjunction with the independent journalism site BirminghamWatch. So far, 10 candidates have raised more than $10 million for campaigns. Find out the top campaign contributors, and hear WBHM’s interviews with the candidates.

While you’re here, BirminghamWatch has candidate profiles for:

Main issues: White’s website says he will prioritize creating jobs, expanding Medicare and Medicaid, appropriating funds to the state’s educational system, and allowing a vote on a statewide lottery.

Note: WBHM has requested an interview with White, however the candidate has not yet scheduled one.

Main issues: Maddox’s website states that he will prioritize improving the state’s workforce development and training; making college affordable; passing legislation to rebuild Alabama roads and bridges; expanding Medicaid; and implementing a lottery to fund education in the state.

Civic experience: Volunteer, Children First Foundation, 1995-2012; past president, Alabama Council of Juvenile and Family Court Judges; honorary member, Alabama Council on Crime and Delinquency; past chair and member of the National Assembly, Board of the Alabama Division of the American Cancer Society; former board member, Campaign for Alabama; past member and officer, Evergreen Industrial Development Board; member, Farrah Law Society Board of Directors; member, Montgomery Kiwanis Club.

Main issues: Cobb states on her website that her priorities as governor would be to ensure quality healthcare for families, create new jobs by investing in infrastructure, implement a “modest” gas tax and toll roads, establish a state lottery to fund education, and reform criminal and juvenile justice systems by creating regional diversion community centers and work-release programs.

Professional experience:Owner and founder, Battle Real Estate, 1992-present; manager, Britling on the Highland, 1980; worked at Mobile shipyards and Birmingham restaurant while in college, and at Green Valley Drugs during high school.

Main issues: Battle’s campaign promises responsible, conservative leadership to win the battle for Alabama. Battle points to successful economic development and job creation during his time as mayor of Huntsville. Job creation included more than 24,000 new jobs over the last decade, including 2,000 with Polaris, 300 with GE Aviation, 2,000 with Remington and, most recently, 4,000 with Toyota-Mazda plant. He also boasts of Huntsville’s eight-straight Triple-A credit rating and the generation of $4 billion in economic investments for the city during his tenure. He favors a vote on a lottery that would equally benefit all citizens and budget reform for Alabama and wants to emphasize workforce development and rural economic development as governor. (Compiled from campaign website.)

Main issues:Dawson says he is “an outsider’s outsider who is resolved to implement conservative reforms that will work, create an environment of efficiency and integrity, and make Montgomery into a place that serves the people again.” His priorities include recruiting industry while empowering those businesses that are already here with free market policies and rolling back onerous regulations. Other priorities include helping Alabama students excel by keeping Washington, D.C., out of our educational decisions, countering drug addiction by requiring drug-testing for students who participate in extracurricular activities and bringing back mentorship and vocational tech. In addition, Dawson says “we’ll refuse to be silent while abortion clinics legally murder and fail to report suspected child sexual abuse — all lives matter to me.”

Note: Gov. Ivey has not agreed to an interview with WBHM. Also, Republican candidate for governor Michael McAllister died in April.