Connecting With Seniors One Phone Call At A Time 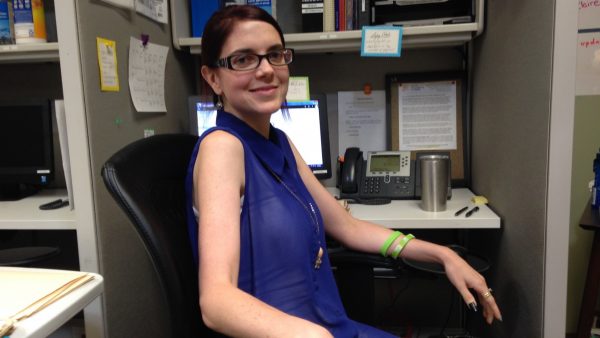 Birmingham has a service for seniors that’s like few others in the country. It started in 2002 when the Crisis Center noticed older residents would call its emergency hotline because they were lonely. The organization developed the Senior Talk Line.

Through the service, volunteers such as Melvin Smith connect with people one phone call at a time.

On a recent afternoon, Smith sits at a desk and pulls a manila folder off the top of a stack nearby. Inside are notes about a woman he’s about to call.

For the next three hours, Smith will use the information in the folders as fodder for conversation. He dials the phone and waits for an answer before launching into his greeting.

“This is Melvin, volunteer with the Senior Talk Line. How are you today?” Melvin says.

On the Senior Talk Line, seniors do much of the talking. Smith hears about many things, from a trip to visit family to sweet potato pie, from grandchildren to church.

Sometimes he just leaves a voicemail. Sometimes the conversation drags on.

The goal is of the Senior Talk Line is to make regular contact.

“It’s like we’re checking in to see how they’re doing and to give them a chance to talk about whatever they need to talk about,” program coordinator Ana Sullivan says.

It works like this: residents 55 or older in Blount, Jefferson, St. Clair, Shelby and Walker counties can sign up. Volunteers call to chat 3 days a week. Those frequent calls mean sometimes they catch something wrong early, like if a person stopped taking his or her medicine. But the biggest difference between this and a traditional hotline is volunteers can share about themselves.

“We really see this as like a phone friendship where we get to know each other and we share about things going on in life and build that really authentic connection,” says Sullivan.

Volunteer Caroline Waggett has been building phone friendships over the past year. On this day, she hears about one woman’s dog who died. She gets an impromptu Birmingham history lesson from another senior.

Throughout the conversations the strains of aging poke through: a woman has trouble moving her arm, one woman doesn’t want to talk, just wants to go back to sleep. Waggett remembers one client who died.

Melvin Smith says he thought he was sensitive to the issues seniors deal with. But volunteering at the talk line has helped him understand better the aches and pains that come with aging as well as the loss of independence and isolation.

“Get a personal call and you’d be surprised how much dividends that would pay for them and ultimately for yourself as well,” says Smith.

Caroline Waggett believes the seniors live a little bit vicariously, like when she shares about her upcoming road trip to Maine. She promises to tell them about it during her next call.

The seniors will surely have something to share in return.