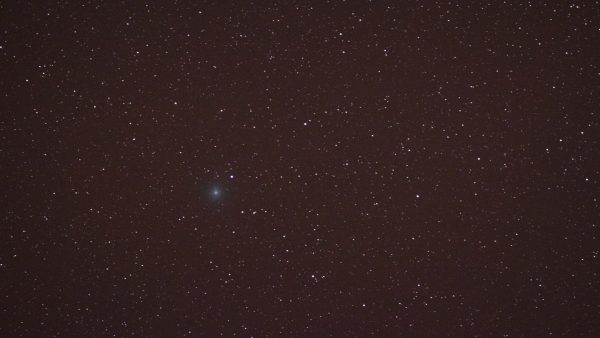 The Comet 46p/Wirtanen will pass close to earth this weekend. You can find it by following the arrow in the constellation Orion.

There is plenty of activity in the night sky this weekend. In addition to the Geminid meteor shower, scientists say one of the brightest comets of the year will pass overhead. The Comet 46p/Wirtanen will be about 7 million miles away, which is close. In fact, it is one of the closest comets to pass by earth in recent times. Auburn University astrophysicist Dennis Bodewits says it is a rare sight.

“Comets are spectacular,” Bodewits says. “Not only are they amazing to see in the sky, but they’re also leftovers from the time when our solar system was formed.”

With this comet coming so close to earth, it is an opportunity for scientists to learn more about it. Bodewits will use three of NASA’s state of the art telescopes to zoom in on the comet and study its features. He is looking for more information about what it is made of and the activity of the gases around it.

“We call it a space mission in reverse,” Bodewits says. “Rather than flying to a comet and study it, this comet flies to us.”

If the weather is clear, Bodewits says the best view will be Sunday night. From a dark spot, the comet should be visible with the naked eye, but he recommends using binoculars or a telescope. Look for the Orion constellation and follow the arrow.