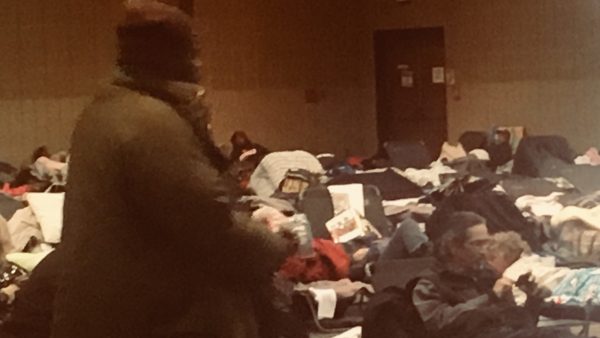 Brutal cold prompted the City of Birmingham to open an emergency warming shelter over the weekend. City officials say they’ll keep it open through Friday, but they need more volunteers and supplies.

Hundreds of Birmingham’s homeless found food and warm refuge inside the South Exhibition Hall at the BJCC. They spent the night in the makeshift shelter Monday and many stayed throughout the day Tuesday.

Don Lupo, director of the Mayor’s Office of Citizens Assistance, says about 200 people checked in during the weekend nights. Monday night, when the temperature dropped even lower, the number of people almost doubled.

“We only have three emergency shelters – the Salvation Army, First Light and the Firehouse Shelter, and none of them have enough beds,” he says.

Volunteers help staff the warming center and area restaurants provide food. But there are other needs, he says.

“We need grilled cheese sandwiches, soup. We need chili, personal-hygiene-type items, Chapstick. They go through Chapstick like crazy,” he says.