Birmingham’s Love Moor is Grabbing Ears Beyond the Magic City 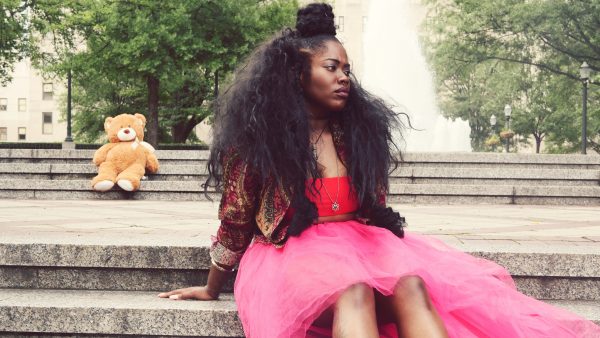 Birmingham singer Love Moor cringes when asked about how her music is labeled.

“I don’t feel like I fit into any particular box,” says Moor.

It’s been called neo-soul. There are elements of R&B and hip-hop.

You’ll even hear some island sounds, thanks to her parents who are from the Caribbean.

After a career so far of performing around Birmingham, Love Moor is getting noticed beyond the Magic City.

Erica Andrew is her given name, although you’d better know her really well to call her that. She grew up in Miami and says music was embedded in her life practically from birth. Her mother wanted to be a singer. Her father was a DJ. She came to Birmingham in high school.

Her stage name developed as something of a self-empowerment symbol. There’s how it sounds. But the spelling is a nod to the Moors, who were North Africans in Spain during the Middle Ages.

“Moor is black people,” says Moor. “So it’s more like love self, love black, love me.”

Black identity, insecurity, and love are common themes in her music. That’s apparent on her second album, which came out last year,  called “Simp Girl.” It’s a musing on love and relationships from a woman’s perspective. To understand why the lyrics are so fraught, it’s helpful to understand what “simp” means.

Moor says it usually refers to a guy who is interested in a girl, showers her with gifts, does all he can to catch her eye, but she doesn’t care and doesn’t reciprocate. Moor reverses the roles.

“That’s why it’s called ‘Simp Girl.’ Cause it’s the opposite side,” says Moor.

Some artists write as an imagined character, but Moor says this album came out of personal experience.

“It’s like I could be that crazy person and do that crazy stuff,” says Moor. “But I went ahead and put all my emotion into my art and it sounds good and I like it.”

She says she didn’t have a lot of expectations for the album. She planned to just drop it and move on. But “Simp Girl” seemed to strike a chord with fans, including men.

“I’ve even had guys [say] you make me think about, you made me feel guilty,” Moor says. “I was like, good!”

Love Moor has been picking up fans around Birmingham the last few years. That’s expanding. She played at South by Southwest in Austin, Texas, this spring, even making it onto NPR’s list of artists to watch at the festival. She’ll be at Sloss Fest in Birmingham next month.

“I’m not overwhelmed, but I’m definitely ‘whelmed’ by it,” says Moor. “It feels great. I’m not sure what to call this space, but it’s just another section of growth.”

She says she’ll keep growing professionally and keep putting out music. Because for her, artistry is freedom.