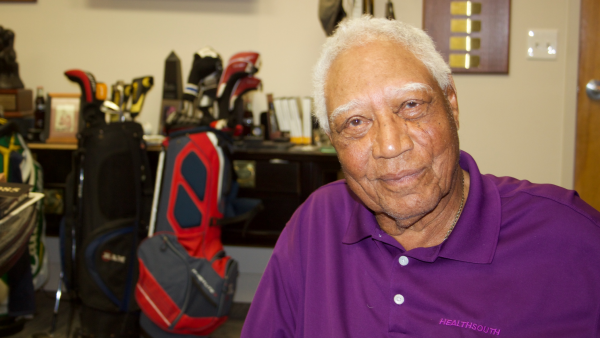 Alabama native Jesse Lewis Sr. is recognized as a publishing and marketing trailblazer in the South. In the early 50s, Lewis founded the first minority-owned public relations firm in the U.S. His very first client was the Birmingham Coca-Cola Bottling Company. With their support, Lewis founded the Birmingham Times in 1964. For most of his career, he focused on marketing to African American consumers, a demographic he says was completely ignored during that time.  The 93-year-old was recently recognized among Black PR Pioneers at the Museum of Public Relations in New York, joining only eight others nationwide.

On pursuing Birmingham Coca-Cola Bottling Company in the days of the segregated South:

“I just decided that if you’re going into business you contact the biggest people you can find and they were the biggest. At that time black people weren’t fans of Coca-Cola for two reasons. One, Coca-Cola was a 6 ounce bottle, and two Coca-Cola was predominantly for white people. So, I approached them on that concept and they said “black people do not buy our product” and my response was “you never asked them to.”

What led to the publishing of the Birmingham Times in the middle of the civil rights movement?

“I was promoting home shows and I didn’t have a place to advertise it. I said “okay, I’ll just start my own newspaper.” At the time, there were three other newspapers in the city of Birmingham. But in order to be successful in anything you’ve got to have a different approach than everybody else. The black newspapers were fighting the civil rights struggle; that’s all they did all day long. But I thought they needed a newspaper to record the positive history of black folks. As a result of that, the other three newspapers folded and we survived it. It wasn’t easy. I learned through trial and error. I was not aware that it would be successful but I just assumed that someone needed to write a story about what was going to happen.”

“The concept of marketing in the 50s and 60s is altogether different from what it is today. How you get business in comparison to today and yesterday is the same principle. How you deliver the services is different with all the new technology and you have to change with that. If you want to stay in business you have to be able to understand the changes and how that’s going to affect you moving forward.”

On receiving accolades and awards:

“I don’t strive for that. I want to make sure that whatever I’m doing, I do it better every day. I’m always appreciative but that’s not my goal. I’m in the moneymaking business, I’m not in the certificate business.”