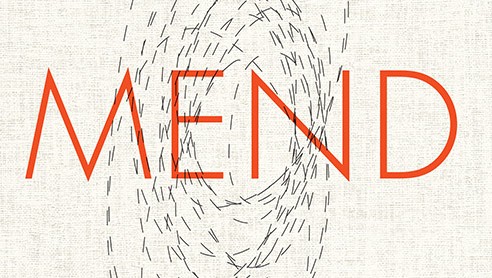 Dr. James Marion Sims, the man known as the father of modern gynecology, spent years performing surgery on women who experienced complications tied to difficult childbirth. This was in the 19th century at his makeshift hospital in Mt. Meigs, just outside of Montgomery. Sims, who is white, performed this experimental surgery on black enslaved women – without anesthesia. Birmingham author Kwoya Fagin Maples recently published a collection of poems called Mend. Maples, who teaches creative writing at the Alabama School of Fine Arts, says the book is meant to give voice to these forgotten women.

What do you want readers to know about these women:

They were more than what happened to them. And so there are poems in the collection that have to do with nursing children. There are poems in the collection that talk about love interests that they had. And of course there are poems that directly deal with what happened to them and their pain. But I also allow for these women to directly confront the doctor as well and hold him accountable for the first time. For example, in one of the poems, I allowed the woman who experienced the most surgeries, Anarcha, to be the one to confront the doctor.

First you’d have to consider us women,

realize our hearts beat under the bush,

You’d have to think my heart longed like yours

And that my mind wasn’t mindless, awash

with nothing. I am a hot quaking body—

prime material subject. To you,

I am only worth what can be gleaned.

And you would have to know I meet the pain

how your wife would: Imagine her blushed pink

But you cannot hold both of us in mind

at once. My ability to bear is

Material subject– I am rabbit.

Why it was important to give a voice to these women:

Because it hadn’t happened before. When I began researching this book, I found so much information about Sims. He became this very well-known doctor. He’s known as the father of gynecology in America. So there’s all this information about him and in his autobiography, he only named three of the women. And so once I read his autobiography, I realized that was the part that was the most unjust; that he didn’t even name all of the women he experimented on. And so I knew at that point I wanted to elevate their voices.

On the removal of Dr. Sims’ statue in Montgomery:

I feel like removing that statue would facilitate healing, particularly for people of color. Whenever we glorify people who abuse members of society, we inhibit healing. Who we choose to elevate as a state is a direct reflection of who we are. So I feel ultimately that the statue should either be amended to reflect the women or completely removed.

The inspiration behind the title “Mend”:

Again, because I am concerned with healing, the title is twofold. Of course it is a direct reflection of what happened to the women in terms of the doctor trying to mend or the doctor trying to heal … that didn’t happen. But by writing this book, I tried to mend what happened to these women by sharing the story from their perspective and by sharing their experiences.