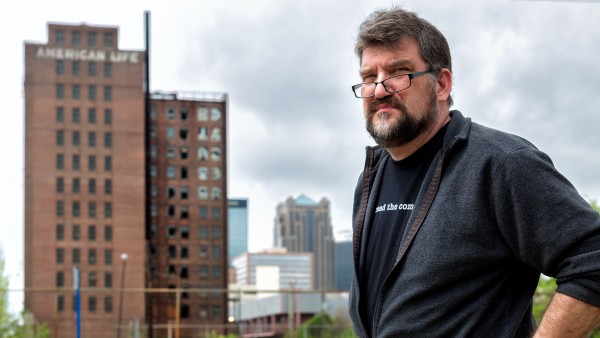 For the first time in 11 years, Birmingham has a Pulitzer Prize winner. Alabama Media Group columnist John Archibald won the Pulitzer for Commentary Monday. The judges wrote that his pieces on government corruption and hypocrisy is rooted in Alabama, but has national resonance. WBHM’s Andrew Yeager spoke with John about the honor.

On hearing the announcement he won:

“I was FaceTiming my wife actually who’s in Washington at the moment and so I was thinking that there was much ado about nothing, and then when it happened it hit me like a ton of bricks. And I was lucky enough to have my son, who works there. He was sitting right beside me .. I was going to say it was a moment I’ll never forget but actually I don’t really remember it because it was such a blur, but it was overwhelming.”

On how commentary has changed since starting his column in 2004:

“When I started writing a column, I think the things that I wrote were far harsher. Maybe I used a baseball bat more than a carrot. But I think with the advent of social media and Twitter and the fact that so many other voices have entered the stream, that doesn’t work anymore. Because anybody can yell. Not to say that the rant is not in my toolbox. But I think that you have to find different ways to tell it.”

On his next column having won a Pulitzer Prize:

“I don’t know, but I better come up with something … The whole nature of this is so subjective and so many people deserve to win who don’t … like people all over the state. I would like to point out the work that others do.

“If I ever call myself a Pulizer Prize winner, punch me in the face is all I got to say.”