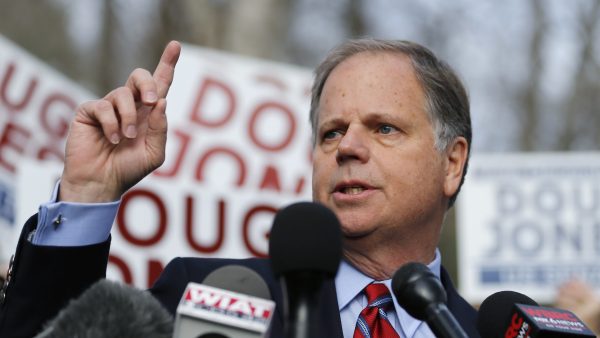 Jones defeated Moore by more than 21,000 votes, or 1.6 percentage points. Moore had refused to concede. On Wednesday, he sued to block the certification of Jones as the winner, claiming voter fraud on election day. Moore called for an investigation and another special election. Alabama Circuit Judge Johnny Hardwick on Thursday refused to delay certification, however.

Moore maintained his claims of voter fraud after the certification. “Election fraud experts across the country have agreed that this was a fraudulent election,” he said in a statement.

Moore’s lawsuit to stop the certification included an affidavit that he took a polygraph test determining allegations of sexual misconduct against him were false. During the campaign, several women accused Moore of inappropriate sexual behavior when they were teens and he was in his 30s.

Jones in a statement following the certification said he is looking forward to getting to work in the new year. “As I said on election night, our victory marks a new chapter for our state and the nation,” he said. “I will be an independent voice and work to find common ground with my colleagues on both sides of the aisle to get Washington back on track and fight to make our country a better place for all.”

Jones will be sworn in Jan. 3.