Priming the Pipeline for STEM in the South: Student Incentives in Alabama

Given thousands of related job openings but only hundreds of computer science college graduates, Alabama is trying to ramp up its computer science education. That includes a new policy allowing those classes to count toward core math graduation requirements. WBHM’s Dan Carsen concludes the Southern Education Desk series “Priming the Pipeline for STEM in the South” with a visit to a Birmingham-area class that’s leading the way. Listen above or read below.

Hoover High School junior Griffin Davis is all about his computer science class.

“Honestly, this is probably my favorite part of the day,” he says, “because I get to come in here and I get to be on the cutting edge of things. I get to be … what’s next.”

He’s engineered 3-D-printed parts that’ll help drones drop probes into the Cahaba River, and he’s helped teach programming to grade-schoolers. That’s the type of interest this new class is meant to spark. It’s a more accessible version of an Advanced Placement computer science course — sort of like a science class for non-science majors. It’s meant to be less intimidating than the older, more specialized standard AP course and attract kids from all backgrounds.

“I would love it if every student had a course that incorporated some concepts of technology, whether they’re thinking about innovation, global impact, ethical issues,” she says. “And there’s no way that computer science isn’t a part of everything, whether you’re a mechanic, whether you’re an engineer, whether you’re an accountant.”

Jill Westerlund makes another point about the computer language Java.

The national nonprofit code.org wants to smooth that pathway from class to career. It’s teaming up with educators — not to mention providing funding — to boost the number of computer science teachers in the state from 50 to 100 by next school year.

“That definitely makes sense,” says Davis. “Programming is a whole bunch of data. And you just have to interpret it and then make it easy to use.”

On coding possibly counting as a foreign language in Florida, Davis says, “It definitely is [a foreign language]. The reason I really enjoy programming is … I picked up Spanish really easily; language came easily to me. And I like building things too. I’ve wanted to be an engineer since I was born, basically. So, what programming allows me to do is put those two things together.”

And he says of computer science what foreign-language experts say about their field: “Start it earlier. In elementary school.”

After more than two decades of teaching, Jill Westerlund agrees. As for allowing computer science classes to count toward math graduation requirements, she sees pros and cons.

“A student would be able to take more credits toward their goal in college or the workforce,” she says. “The con, if they’re going to go on to college: do you really want to miss a year of drill-down math on daily basis? Computer science is built on math, but it’s not the same as math homework and math problems every single day.”

But she also thinks the pairing could ultimately increase funding for computer science classes and access for kids across Alabama. The results remain to be seen because the policy and the partnership are so new. What seems certain now, though, is that more kids are getting fired up and engaged in computer science and possibly becoming very employable in the process.

Just some of the information all over Jill Westerlund’s computer science classroom in Hoover High School.

The Southern Education Desk is supported by a grant from the Corporation for Public Broadcasting. You can access the series and learn more at southerneddesk.org.

More Priming the Pipeline for STEM in the South Coverage 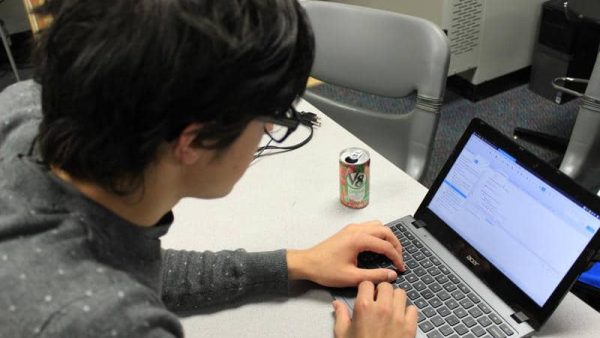 Priming the Pipeline for STEM in the South: Coding as a Foreign Language Credit

Computer coders have found a champion in Florida Senator Jeremy Ring. Ring, a former Yahoo! executive who helped build the company, believes coding and technology is an art, rather than a science. He wants to attract more students to STEM studies. As part of the Southern Education Desk series, Priming the Pipeline for STEM in the South, Lynn Hatter of WFSU reports on Ring’s proposal to allow Florida students to choose coding in order to fulfill a foreign language requirement for college. 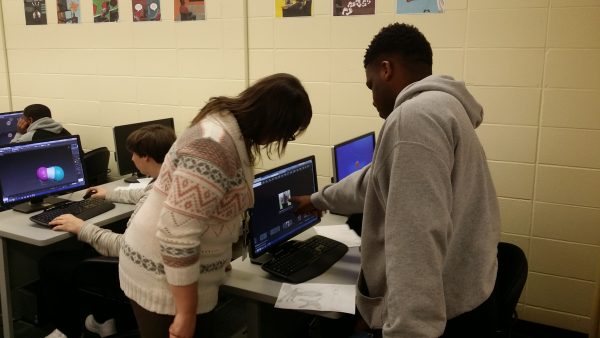 Priming the Pipeline for STEM in the South: A Look Across the Region

Over the next ten years, the number of jobs in science, technology, engineering and math fields are expected to outpace other industries by about five to ten percent. That’s according to the group Change the Equation, an organization that pushes for greater STEM education in schools. Yet, throughout the South, particularly in rural and high poverty communities, administrators have trouble attracting educators qualified to teach STEM.

More Priming the Pipeline for STEM in the South Coverage