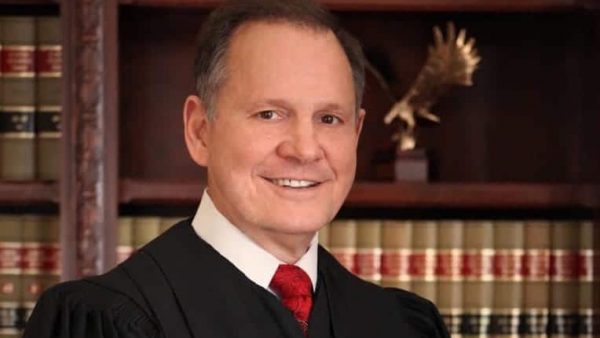 Attorneys for Roy Moore say he’s technically still Chief Justice of the Alabama Supreme Court, despite being suspended for the remainder of his term without pay.

Mat Staver is with Liberty Counsel, the group representing Moore. He says Acting Chief Justice Lyn Stuart acted unilaterally when she removed Moore’s name from the court’s letterhead and asked him to clean out his office.

Following Moore’s suspension, Stuart fired Moore’s staff attorneys. She then sent a letter to Moore asking him to remove his belongings from the judicial building. Moore has refused and Staver says the judge shouldn’t have to follow her instructions. Technically he’s still Chief Justice of the Alabama Supreme Court because he’s only been suspended, not removed from the bench.

Staver requested a panel of fresh judges, but Liberty Counsel is not happy with the upcoming selection process.

“We want seven objective, qualified judges and we want it to be transparent. All the Chief Justice is asking for is a fair, objective and open hearing.”

In order to remain impartial, all sitting Alabama Supreme Court justices have recused themselves from taking part in the appeal. However, Justice Stuart is still involved in the process. She will help randomly select the judges who will sit on the special panel tomorrow afternoon in Montgomery.

“We don’t believe that someone who has a motion to recuse against them should participate in the selection process to replace the judges that that person is appointing,” Staver says.

Another concern, he adds, is the pool of judges. The names of 50 retired appellate, circuit and district judges will be added to the random selection process. Staver says that retired judges are not elected and therefore are not accountable to the people.  He says this creates an irregularity in the selection process.