National education leaders are trumpeting recent increases in high school graduation rates, yet about 20 percent of kids still dropout before completing high school. That number jumps significantly among the Southern poor in places like Alabama and Mississippi. And it costs money. Dropouts earn less and governments pay more to support them. One possible solution? Make summer a season of learning for students that could help them stay engaged and in school. Sherrel Wheeler Stewart kicks off the Southern Education Desk series on Summer Learning and its impact high school graduation.

Talk with rising fourth grade students in the Power Scholars Academy at Montgomery, Alabama’s Carver Elementary School and they’ll quickly tell you about their plans for the future.

“I want to go to Troy University, study education and be a teacher,” says 9-year-old Sydney Phelps.

The girls know what they want out of life. Before they finish college and grab those dream jobs, they also know there are hurdles ahead – like high school, and what’s more, high school graduation.

National education leaders are trumpeting recent increases in high school graduation rates, yet about 20 percent of kids still dropout before completing high school. That number jumps significantly among the Southern poor in places like Alabama and Mississippi. And it costs money. Dropouts earn less and governments pay more to support them.

One possible solution is to make summer a season of learning for students that could help them stay engaged and in school.

Programs like this free summer academy in Alabama’s capital city, hope to keep students on track for graduation and avoid the summer learning slip that often plagues poor and minority youths.

“Kids can’t be left at home for three months without having something to do,” says Alma Powell of America’s Promise Alliance. This non-profit group wants to increase the graduation rate to 90 percent nationwide by 2020. “It’s imperative to keep the learning going, and you can do that in a fun setting,” she says.

At Carver, they”re working toward that goal. Children were singing and dancing in preparation for the end of the summer ceremony to show parents what they learned in the six-week program.

They’ve had hands on studies in math. They’ve studied reading, science and the arts too, says Jacqueline Jackson, instructional coach.

The YMCA and Building Educated Leaders for Life (BELL) invest in the academy to help propel students through these critical elementary learning years, Jackson says.

“It’s very important that once they reach fourth grade they are reading on grade level in order to help them graduate,” she says. “Once they are here, I think we have them pretty much, locked in.”

“There is a perception that summer school is punishment and a lot of children and their families don’t want to spend their summers that way,” Pitcock says.

But the hot days of summer bring benefits for students when they’re spent soaking up learning, she says. “Summer is the only chance kids have to get caught up and get ahead,” she says..

And that boost helps kids from falling behind and being held back says Sandy Addis of the National Dropout Prevention Center.

“Summer programs are a great anti-retention tool, and we know that there is a strong correlation between being retained in grade and not graduating,” he said. “Anything that magnetizes a child to school certainly will help.”

At Camp Fletcher, just west of Birmingham, dozens of campers spend their summer trekking through the woods, canoeing, singing and of course – swimming. But this camp is more than just a summer get away for kids like 4th grader Lauren Parish.

“Sometimes when we go on nature hikes, we learn about fish, and trees and birds. At school, we still talk about nature, and it’s good to know these things,” Parish said.

Often the key to success for children is linked to the positive role modeling of counselors, like Courtney King, at Camp Fletcher. A counselor helped her through a difficult period after the death of her mother. She now returns from Mississippi State to help others.

She says she enjoys “working on completing things and like trying to encourage the kids not to give up. Even if they are not the best, you encourage them to still do it and still try it.”

Alma Powell of America’s Promise says it’s those kind of mentoring experiences that can help propel more students to graduate.

“That old saying, it takes a village to raise a child – it does,” Powell says. “It takes the entire community committed to young people.”

Something she said every citizen in this country ought to be a part of.

This report was made possible through a grant from the Corporation for Public Broadcasting. 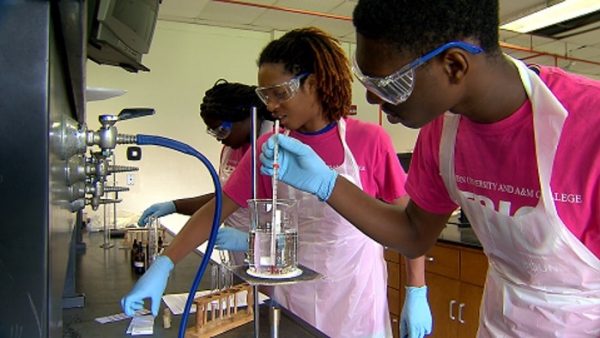 Upward Bound Takes Students Through High School And beyond

Remember when you could get a job with just a high school diploma? By 2020, it’s projected that 65 percent of jobs will require a diploma, AND, higher education. Upward Bound is more than doubling the chances of low-income, first-generation students graduating and going to college nationwide, including 6,500 in the Deep South. Today, Louisiana Public Broadcasting producers Kevin Gautreaux and Shauna Sanford take a look at this federally funded program and its summer work in Part 3 of the Southern Education Desk’s series on Summer Learning. 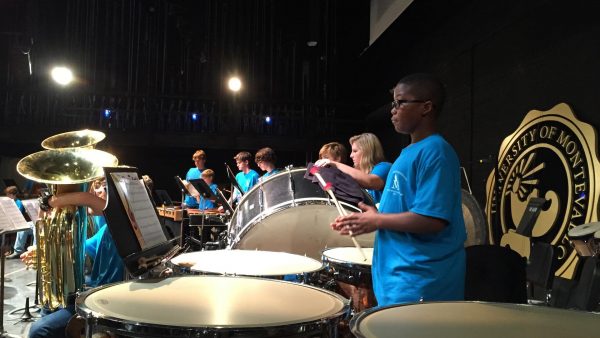 Pushing Middle-Schoolers All The Way Through College

Fewer reading materials in the home. Less access to camps or museums. Those are some reasons summer learning loss disproportionately affects low-income kids. And there are many in the South, which can hamper efforts to raise graduation rates. But in the second part of this Southern Education Desk series, WBHM’s Dan Carsen reports on “GEAR […]