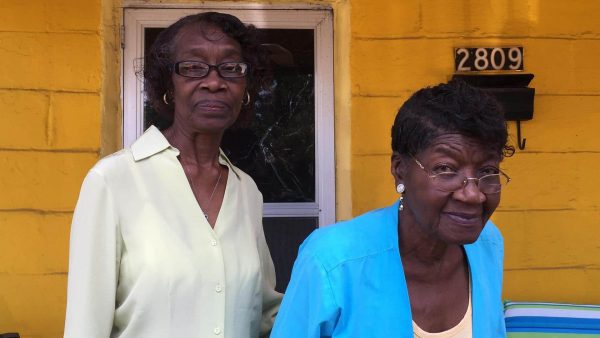 Most people know the story of Rosa Parks’ resounding ‘no’ when she was asked to give up her seat on a Montgomery city bus. Sixty years ago this month, Parks’s refusal prompted the Montgomery Bus boycott. But before her actions made history, there were other women and men were arrested for protesting segregation on public transportation.

Among them was Mary Louise Smith Ware. She has mostly avoided the limelight and doesn’t tell her story often. Ware was only 18 in 1955, and had just gotten a job as a housekeeper for a white family in Montgomery.

“I had worked the whole week. That Friday I was supposed to have been gotten paid,” Smith Ware remembers. “I did not get paid.”

On the following Monday, she took the bus back to her boss’s house.

“I went there and knocked on the door, and no one answered the door,” Smith Ware says. She turned around and got back on the bus. It was crowded. Smith Ware went to the back, behind the sign that read ‘colored.’

“A white man got on the bus,” she recalls. “He had gave his seat to a white woman, so he was going to stand. So now, he was going to make me get up and give my seat to him. “

Smith Ware remembers the man went up to the bus driver. The driver looked at her in the rearview mirror and told her to stand up and let the white man sit.

“I am already furious cause I didn’t get paid. I think I said a profanity word,” Smith Ware says. “I said, ‘I am not moving. Not one step.’”

She sat until the bus driver pulled over, called the police, and had her arrested. At a police station downtown, Smith Ware was fingerprinted and fined $12, which would have been her week’s pay.

About two months later, in December 1955, Rosa Parks made her stand and began the Montgomery bus boycott. At the same time, civil rights attorneys, like Fred Gray, were looking to legally dismantle segregation.

“My plans had been all along that ultimately the way to solve to problem is to bring a suit in the federal court to have the city ordinances and state statutes declared unconstitutional,” Gray explains. Gray says segregation on city buses violated the equal protection clause under the 14th Amendment of the U.S. Constitution.

For the lawsuit, Gray needed plaintiffs. Smith Ware and three other women, who had all been arrested, agreed to join the suit.

In the Spring of 1956, Smith Ware went to court in Montgomery, where the teenager testified in front of three federal judges.

Smith Ware holds one of the numerous honors she has received over the years.

This was a little more than a year after Brown versus Board of Education, the Supreme Court decision that integrated public schools.

“Once Brown is decided the question is what is the scope of Brown,” explains University of Alabama constitutional law professor Bryan Fair. Fair says in this new lawsuit, known as Browder v. Gayle, two judges agreed that Montgomery’s segregated buses violated the 14th amendment. The Supreme Court later agreed.

Fair says it’s because of the courage of people like Smith Ware that the legal arguments backing up racism and segregation were slowly struck down. After Browder v. Gayle, court cases integrate motels, restaurants, and government housing.

Mary Louise Smith Ware never left Montgomery. In fact, her older sister, Janie James, lives across the street from their childhood home. Smith Ware sits on Janie’s couch and sorts through the dozens of awards she’s received over the years. But mostly, Smith Ware has stayed out of the spotlight. She doesn’t often talk about the lawsuit and for a long time she wouldn’t even pick up her awards.

“I wasn’t there that day,” says Smith Ware, handling one one award. “I think Janie picked that one up.” Janie would go in her place and tell everyone how her little sister changed the world.