Re-branding Common Core – Does the Name Make a Difference? 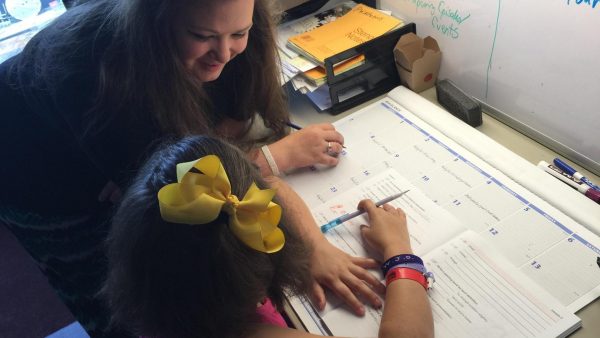 Common Core education standards have been controversial since their adoption nearly half-a-decade ago. Some states have tried re-branding Common Core by changing the name. Others have dropped the standards all together.

In the South, states are taking a different approach by asking residents themselves to reevaluate the standards. As part of the Southern Education Desk‘s series examining the region’s Common Core education standards, we turn to Mississippi Public Broadcasting’s Paul Boger for a report on how states are making Common Core more attractive.

Anna Davis of Picayune and her daughter Isabel are using a workbook to learn about indexes and how to use them.

“Alright, can you read me the directions?”

Isabel started kindergarten as a public school student, but when the Mississippi Board of Education adopted Common Core standards five years ago, she began homeschooling. Davis says she doesn’t like how the standards have changed public education.

“It’s the approach they take to teaching, you can’t just shove everybody into one classroom and say this is how we’re going to do it,” says Davis. “Because the remedial students the ones that need more attention and need more help are going to set the pace for the class. She’s an advanced student and so at home she gets individualized attention.”

Teaching to the lowest common denominator, inappropriate subject matter, data mining are just some of the complaints parents have made against Common Core. The controversy has even spilled over into the Mississippi Capitol. Since 2010, lawmakers have introduced a number of bills designed to repeal the standards, but none have succeeded. This year lawmakers took a different approach by drafting Senate Bill 21-61 which would have created a task force to review the standards and make recommendations on how to make them “appropriate” for Mississippi schools. Republican Gray Tollison of Oxford is the Chair of the Senate Education Committee, and helped usher the measure through the legislature.

The measure ultimately died when it was vetoed by Mississippi’s Republican Governor because it didn’t do enough to remove Common Core from the state’s public schools. Education officials are, however, moving forward with a review of the state’s standards. But instead of a task force, Superintendent of Education Carey Wright says the state is looking to average Mississippians for help.

“Knowing the level of scrutiny obviously our standards are under, we thought ‘You know what, we’re going to put it out there for everybody to comment on.” says Wright. “I think this continual discontent that I hear, I think we really need to see what all Mississippians have to say about this and then provide that recommendation to our board members.”

The review is part of an effort to garner support for the standards, while at the same time educating individuals on what is actually in them. State officials have also taken the re-branding approach. Common Core is now named Mississippi’s College and Career Readiness Standards. Re-branding and public comment periods have been common in the South. Alabama, Florida, Kentucky and Tennessee have all taken the same approach.

But has it worked? Tennessee just recently closed their public comment period. Teresa Wasson is with the State Collaborative on Reforming Education — or SCORE — a group that has supported Common Core implementation in Tennessee. Wasson says the comments seemed to be overwhelmingly in favor of the standards.

“I think it is hard to say at this point whether minds have been changed,” Wasson says. “The review process was well received across the state. A lot of people thought that was a good idea. The review that Tennessee has in place could lead to standards that are just as high or higher and we very firmly believe that’s what student need.”

Alabama also opened a public comment period late last year. Superintendent of Education Tommy Bice believes most people are beginning to come around to the standards.

“Those that really do want to understand and get in-depth understanding what standards are, and difference between standards and curriculum, those folks are coming around to see the value of this.”

Parents like Anna Davis are supportive of the state’s public comment period even though she says she’s likely to continue homeschooling Isabel until she’s ready for college.

“I think that that will be wonderful for the state, and I think that will clear up a lot of problems the state has with the schools and other concerned parents,” says Davis. “Personally I don’t my child will go back to public school.”

But homeschooling is still a rarity in Mississippi. 90 percent of the state’s children attend public school, and parents like Tracy Klein of Pearl feel like the standards serve a purpose.

“I think of Common core as a foundation.” says Klein. “The schools that aren’t performing up to that baseline need to come up. You don’t have to stay there, but you at least need to be there.”

In the end, it’s not clear if states like Mississippi will continue to use Common Core, but it’s highly likely those new College and Career Readiness Standards will look very familiar.

This report is supported by a grant from the Corporation for Public Broadcasting. Tomorrow, the Southern Education Desk examines whether Common Core standards can achieve the goal of preparing students to be college and career ready.

State Sen. Del Marsh wants to repeal the nationwide academic standards known as Common Core this legislative session. But the proposal seems to have lost some momentum.

Medical marijuana, a repeal of the Common Core, and a lottery bill were all on the legislative agenda this past week. We take a look at these and other measures lawmakers considered. 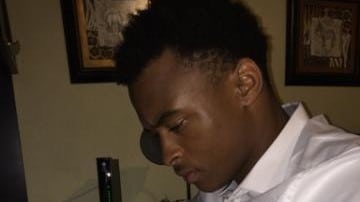 Over the last two years, there has been a lot of debate surrounding the Common Core standards throughout the country. But sometimes, all the political noise can make us forget about the main goal of these standards. Do they really do a better job of preparing kids for college and careers? And if not, what’s stopping them? 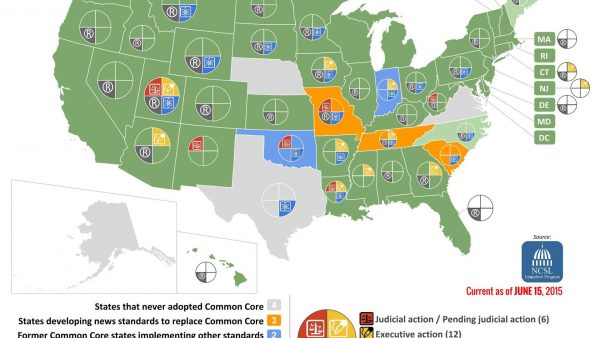 One of the hottest issues in State Houses this year was Common Core, national math and language arts standards released in 2010 and adopted by most states. According to the National Conference of State Legislators, this year more than 730 Common Core bills were introduced across the country, including 21 state proposals for repeal. This week, the Southern Education Desk examines why these public school standards are still so controversial in the South. Today Sherrel Wheeler Stewart from WBHM explains the roots of the opposition and the challenges the standards face.