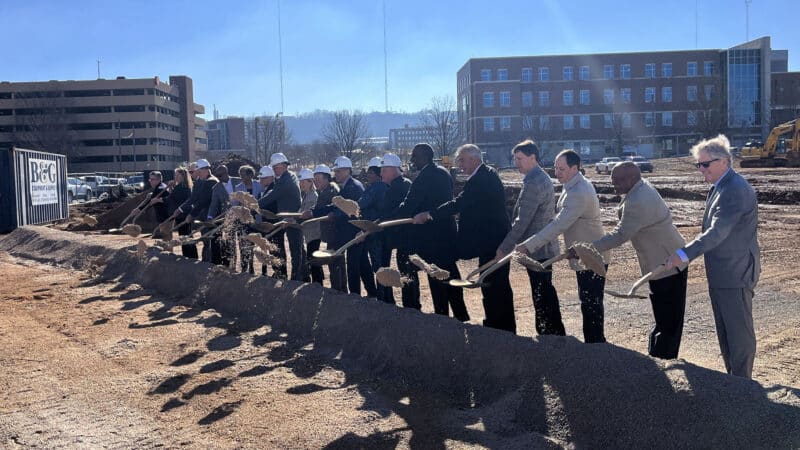 Officials with Cooper Green Mercy Health broke ground Monday for a new clinic that’s set to open in 2025. The facility will be built on the former Cooper Green parking deck that was demolished in early 2022.

The indigent-care clinic opened in 1972 as Mercy Hospital before being renamed in 1975 for retiring Jefferson County Commissioner Cooper Green. In 2020, the Jefferson County Commission and the UAB Health System created the Cooper Green Mercy Health Services Authority to manage the facility. Officials say the building is no longer suited for some modern healthcare practices and is expensive to maintain.

“This has not just been a healthcare facility, this has been a lifeline for the indigent people in this county. Some people might not be able to relate to it because they’ve had healthcare. But for the people who have had to have babies here or have blood pressure, diabetes, and didn’t have anywhere to go, this hospital has treated those who didn’t have a primary care doctor or have the co-pay,” Jefferson County Commissioner Sheila Tyson said.

The new building will be 211,000 square feet and five stories tall with an estimated cost of $120 million. It will also feature a predominantly glass facade with a glass curtain wall and metal panels. Other amenities include an expanded rehabilitation suite that will have a covered outdoor section for developing outdoor skills such as navigating curbs and different ground surfaces.

Until the new building is open, the current Cooper Green facility will continue to operate as a full-service ambulatory care facility that includes primary and specialty care clinics, urgent care, laboratory services, imaging and pharmacy, as well as physical, occupational and speech therapy, .