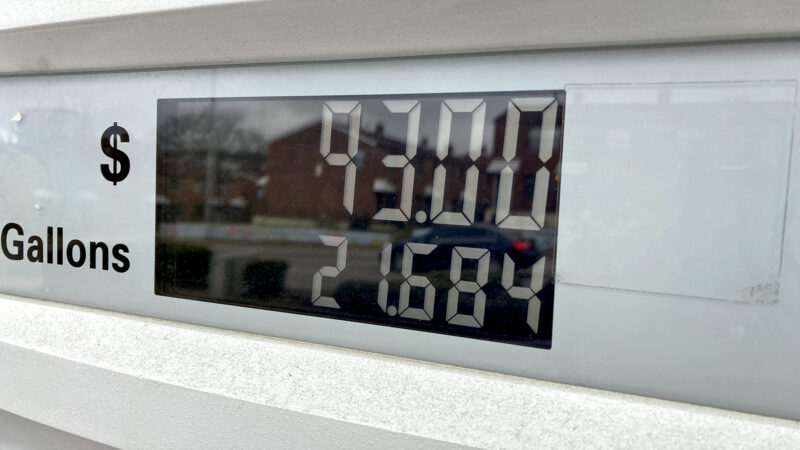 A Shell gas station in Birmingham, Alabama charged more than $4.28 per gallon on Wednesday, March 9, 2022.

Gas prices continue to spike across the U.S. after the Biden Administration banned Russian energy imports Tuesday as the invasion of Ukraine continues.

Despite the Gulf of Mexico’s status as one of the country’s top oil producers, the region isn’t immune to those rising prices. Many counties in the Gulf South now break $4 a gallon at the pump — on Thursday, regular unleaded gas in Alabama costs $4.15 per gallon on average. The good news is that Mississippi, Alabama and Louisiana drivers pay about 20 cents less at the pump. The discount comes from living close to the Gulf of Mexico’s oil refineries.

That proximity markdown, however, is already factored into pricing, so drivers in those states can still expect to see their gas prices rise just as quickly as the rest of the nation. There’s also not much those oil companies can do to prevent prices from rising.

Lowering gas prices seems like a simple matter of ECON 101 — increase the supply by pumping more oil, which causes a drop in demand, and with it, prices. But Ben Meadows, an economist at the University of Alabama at Birmingham, said energy markets get complex quickly.

While the U.S. may import relatively little oil and gas from Russia, much of Europe does. A few countries have stepped up to impose their own sanctions: Britain announced plans Tuesday to start phasing out its supply of Russian oil, Germany has put a halt to a pipeline project to import more natural gas from Russia and other European nations could soon take similar actions. Energy giant Shell also stepped in, saying it would stop buying Russian oil.

All this means that the global demand — and price — of oil has shot up. And while there may be enough gasoline in the U.S. to prevent shortages, how much Americans pay for that gas is set by the global price.

“Us turning on our spigots is going to help,” Meadows said. “But is it going to restore the loss of oil from Russia? That seems just hard to believe.”

David Dismuke, executive director of the Louisiana State University Center for Energy Studies, said U.S. oil producers could make a dent in those rising gas prices — after all, there are thousands of wells in the Gulf South that were left either unused or incomplete during the COVID gas price slump. U.S. oil production is still about 1.2 million barrels behind what it was in March 2020. The pandemic led to a dip in oil demand, and the falling prices caused many wells to go offline.

But Dismuke said getting those wells pumping won’t get Americans back to the low gas costs they’ve enjoyed for the last two years.

Producing more oil beyond that March 2020 peak would require more drilling, something the Biden Administration opposes over climate change concerns. Another more immediate option would be to provide tax incentives for oil producers to restart wells quickly. But even the sharply-rising gas prices have not persuaded the president.

“The President is dug in on this,” Dismuke said. “And it’s been a little bit surprising. I thought during a situation like this, given his background, that he might be a little more inclined to do something on a temporary basis, but he’s doubled down on it.”

Going on all-in on drilling, however, would have a hard time getting off the ground in a timely manner. It takes years to get off-shore drills running again from an unused state. And even if that were to happen, the promise of more oil would likely only have a tepid effect on current gas prices.