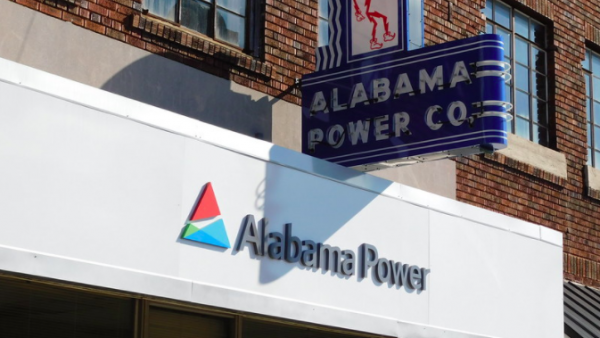 Alabama Power not only generates electricity, it also wields power of the political kind. An investigation conducted by NPR and the nonprofit news collaborative Floodlight highlights that fact.

The story alleges Alabama Power has indirectly and covertly paid news outlets in the state, in an effort to receive favorable coverage. To do so, the utility funneled the money through Matrix, LLC, an Alabama-based consulting firm that has recently been the focus of news coverage itself, as the company’s founder has had an unamicable split with his former CEO.

That split resulted in a lawsuit. According to news reports, it’s also brought about the release of a trove of documents that show the inner workings of the company, including its work for Alabama Power and by extension, its direction of news coverage at several Alabama-based media outlets.

WBHM’s Richard Banks spoke with Floodlight’s Director of Investigations Miranda Green about the lengths the players in this scheme allegedly went to in order to hide the money and their influence.

Editor’s note: Banks has previously freelanced for a company that performed work for Alabama Power.

The following interview was edited for clarity.

What are the names of those news outlets that you allege have been directed by Alabama Power?

Yellowhammer News, Alabama Political Reporter and Alabama Today. And the interesting thing about two of those outlets is that Yellowhammer News and Alabama Political Reporter both launched the same week in 2011. And what we found is that the third outlet, Alabama Today, was launched by the romantic partner of Jeff Pitts, who was the CEO of Matrix, and she also received payments from Matrix through ledgers that we have obtained.

You mentioned that there were documents that were leaked to you and your team. How did you come about getting those documents and can you name the source?

We can’t name the source, because we don’t technically know who the source is. But the reason why we were able to even tell this story is because what happened in 2020 is that Matrix started imploding. The two founders — the two main guys leading Matrix — Jeff Pitts, who was the CEO, and Joe Perkins, who founded the company, got into a nasty brawl with one another and they actually started a lawsuit. Pitts left to start his own rival firm and took some of the clients with him, and Perkins sued him. And while that happened, a bunch of these internal documents started getting leaked to reporters anonymously. So, we have spent the last year both collecting these leaked documents, but also spending a lot of time verifying them.

How did you determine that there is a connection between Matrix and Alabama Power?

The documents that we have showed direct payments from networks to various different news organizations: Yellowhammer News, Alabama Political Reporter and Alabama Today. And in some of those notes, it says via Alabama Power. … In addition to that, there’s communications that we’ve seen that insinuate that. But also there’s been public testimony. Joe Perkins is from Alabama … and he has spoken openly about the fact that Alabama Power is one of his oldest clients.

Your reporting allegedly found a complex stream of transactions between a nonprofit run by an Alabama contractor and a series of nonprofits linked to Matrix and Yellowhammer News. Give me a sense of how these transactions happened.

So, what we found here in this reporting and why this took us several months to get through it, is that it’s not cut and dry. Alabama Power [and] Matrix — they wanted to make it very hard for people to find this stream of money. And they did that by utilizing nonprofits and political nonprofits and shell companies to kind of flow money from where they received them to where they wanted it to go.

What did these documents reveal in terms of what the money actually paid for?

What we were doing as we were reporting is, first, we found these payments. And we wanted to know, are these payments just for advertising or is there something deeper here? But while two of the editors said to us, you know, these go towards the advertisements, we’re talking a lot of money here, and none of them [the editors] can point to any of the advertisements that this money specifically paid for.

What we also found here, which is so interesting, is that these publications, while seeming distinct from one another — you know, Yellowhammer News is right leaning, Alabama Political Reporter is more central left — they were essentially echoing the exact same talking points.

Have you or your team found any evidence that this sort of influence continues today?

We’ve been getting a lot of interesting emails and phone calls from people saying that they know that this is more expansive than we even mentioned, and that they believe it’s happening in other papers in Alabama … or to a greater extent than we have highlighted, which is something we’d like to look into. We know that Matrix is still operating today. We know that Jeff Pitts, who spun off his own company, Canopy Partners, is still operating today. … But there are utilities and power companies across the country and many consulting firms that can do this on their behalf. And so, I am sure that this goes a lot deeper.

What responses have you received from Alabama Power, Matrix and the news outlets?

Mostly they have all been, “no comment.” The news outlets at large have declined that the money influenced their editorial policies, but have not commented on their use of the PR postings without explaining [why they used them verbatim without attribution] and have not shown us their advertisements that the money [supposedly] came from. Alabama Power denied all comment as did its parent company, Southern Company.

Why is this sort of behind-the-scenes control of news outlets not in the best interest of the news consumer?

There’s a lot of doubt about who you can trust and what facts are. And what most journalists should strive for is to ease that doubt in readers. They want to offer as much transparency in their reporting as possible. … If you’re reading a publication that doesn’t disclose where I’m getting money from that might have an ulterior motive, that this actually is just one side of the story and doesn’t offer an alternative perspective — that’s not fair to the reader. And that’s spreading misinformation and it is putting out information as if it’s facts when it is, in fact, not.